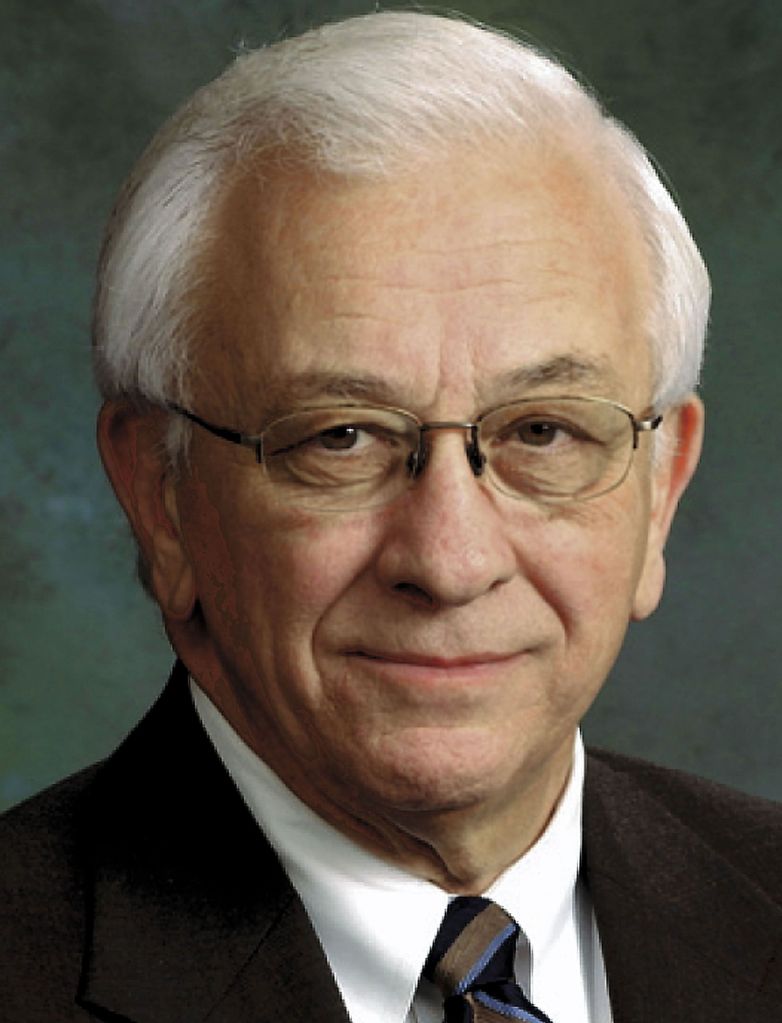 SALISBURY — Calling him a man of great tenacity, wisdom and vision, Mayor Paul Woodson awarded Paul Fisher a key to the city after he delivered a call to action Tuesday during the Mayor’s Spirit Luncheon.

“You are a driving force in this community,” Woodson said. “Without you, so many things would not be done.”

Fisher has had a hand in nearly every facet of life in Salisbury, Woodson said, from economic development and the arts to human services and recreation. Fisher has worked to revitalize the north end of downtown and helped fund three YMCAs.

After receiving the city’s highest honor, Fisher said he adopted the Jaycees’ creed as a personal motto in 1960.

“Service is the best work of life,” he said. “I never forgot that.”

Fisher’s latest effort is a call for new leadership in Rowan County and a greater emphasis on education, which he said is the common denominator for success.

“We need to stop this cycle of blame and one upsmanship that is so prevalent in our county today,” Fisher told civic leaders, business people, elected officials and ministers.

Residents should “demand that our leaders put aside their differences and simply stop tackling each other,” he said.

“Never before have I been more optimistic than I have become in the last 60 days,” he said. “I am sensing new energy among the residents of our city and our county.”

Saying the silent majority is ready to make its voice heard after “far too long,” Fisher predicted a “new era on the horizon” for what he dubbed Team Rowan County. It’s time for residents to lock arms and move into the future, he said.

Using a sports analogy, Fisher said Rowan is competing against 3,140 other “teams” — counties — for jobs and new businesses. But instead of charging across the scrimmage line together, in Rowan “we tackle our teammates,” Fisher said.

“The only growth industry in this county is crime,” he said. “If we continue down the path we are going, we are going to risk being a third world county.”

Rowan suffers from a lack of teamwork, Fisher said.

Saying the community can “no longer tolerate the status quo,” he called on residents to become active participants.

“If our leaders refuse to work together, then we need to find leaders who will,” he said.

A longtime advocate for strong schools, Fisher said Rowan must embrace education as the fuel that powers economic development, job creation and quality of life.

Without education, the community will lack jobs, which leads to poverty and more crime, Fisher said.

“It’s all interconnected, and we must be interconnected in our solutions,” he said. “This needs to start right here, right now, with you.”