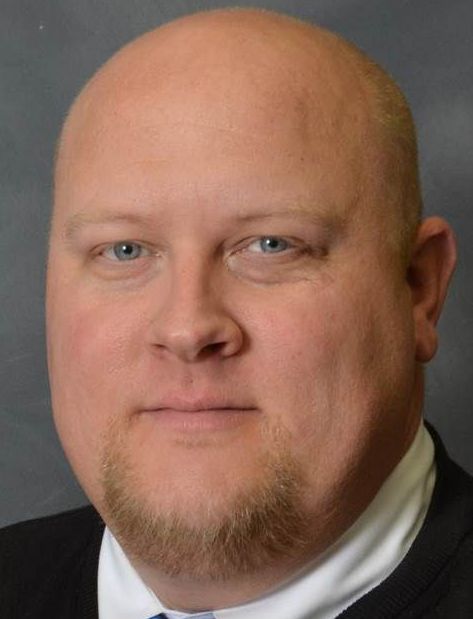 SALISBURY — The new principal of Salisbury High School says he has formed a partnership with former principal Dr. Windsor Eagle and is leaning on the leader for his “wisdom and judgment.”
Luke Brown, who took the top job at Salisbury High on Jan. 21, met Salisbury City Council members Tuesday. In unscripted and often candid remarks, Brown said he plans to propose a partnership with the city as well.
Brown talked about the shooting that occurred recently outside the gym at Salisbury High, when a student was shot by a teenager who does not attend the school. Shaleek Williams survived and has returned to school. DaJuan Russell, 17, was charged and remains in jail.
“We have seen our share of turmoil in that time with the shooting that took place Feb. 10,” Brown said.
But in the weeks since he became principal, Brown said the school also has seen three state championship teams, three national merit scholarship finalists, a Morehead Scholarship finalist and was named the No. 10 best high school in North Carolina by U.S. News and World Report.
Brown, who noted the history and tradition at Salisbury High, said he will use Eagle as a resource as he launches several initiatives. Eagle retired in 2012 after 32 years as principal. Brown said he wants to “make sure as we move forward that I lean on his wisdom and judgment.”
Brown said the school’s test scores are too low and he will try to improve them by focusing on literacy.
“Kids are not understanding the questions they are reading,” he said.
The school needs to do a better job of teaching students to think critically, said Brown, who plans to transform the traditional classroom setting into a 21st century classroom setting where students solve problems and think globally.
Brown said he also will lean on the city and has several ideas to propose. Education was a central focus of City Council’s recent strategic planning retreat.
Brown said he was honored and “quite honestly blown away” by the job offer, considering his youth and lack of experience as a principal. He praised Salisbury as a great city for his family and said the tight-knit community provides an unusual level of support for Salisbury High.
During his 13 years in education, Brown said he’s “never seen an organization to have the foundation and structure that this one does.”
Contact reporter Emily Ford at 704-797-4264.