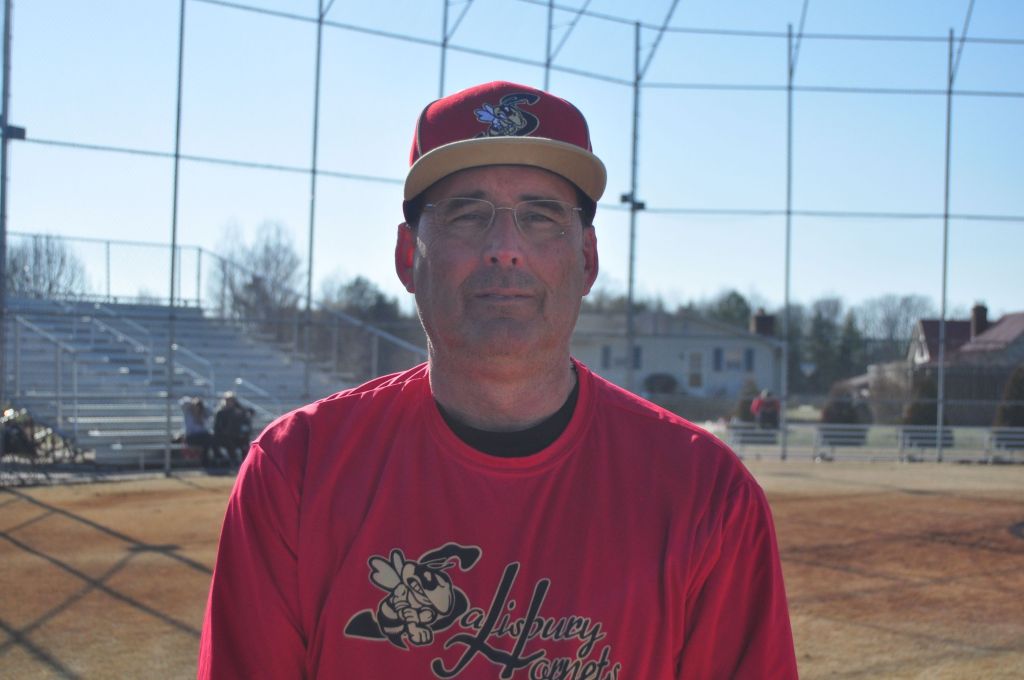 LEXINGTON — The last time Lexington beat Salisbury in baseball most of the Yellow Jackets — maybe all of them — weren’t even born.
History was made Tuesday night as freshman left-handed sensation Will Lancaster fired a one-hitter and Lexington beat Salisbury 1-0 in their Central Carolina Conference game at Holt-Moffitt Field.
It was the best performance on the mound by a Lexington pitcher since Andrew Morton threw a perfect game against South Iredell near the end of the 2004 season.
“That’s humbling,” said Lancaster, who knows Morton. “I didn’t even think of that.”
Lexington had lost 28 consecutive games to Salisbury dating back to 1999.
“That’s nice,” said Lexington coach Rob Linder. “They’ve been struggling, obviously, as well as ourselves. But to beat Salisbury, a team which we hadn’t beat in a long time and to pick up a conference win, we’re very pleased.”
In the longest outing of his young career, Lancaster struck out six and walked one while throwing 95 pitches. With his fastball hovering in the low 80s, Lancaster mixed in breaking balls and changeups to keep Salisbury at bay. Salisbury’s only hit was a third-inning single by No. 9 hitter John Yang.
“The kid did a really, really good job keeping us off balance,” said Salisbury coach Scott Maddox. “They made plays. The plays they were supposed to make, they caught them. They put the ball in play, put pressure on us. If you can’t score runs, you can’t win. You’ve got to give credit to the kid on the mound.”
There was plenty of that to go around.
“Will did a great job,” said Lexington catcher Chaz Hill. “I’m really proud of him.”
Salisbury sophomore right-hander Harrison Smith didn’t do badly either. Smith gave up four hits and an unearned run while striking out six and walking two. One of the walks was intentional.
“We’ve been getting good pitching all year,” Maddox said. “We just can’t hit. If you can’t hit, you can’t score.”
Lexington improved to 3-5 overall and 1-2 in the CCC. Salisbury fell to 1-9 overall and 0-3 in the conference.
The Yellow Jackets, whose six strikeouts against a quality pitcher was a marked change over previous games, did indeed put pressure on Salisbury. Luke Bess doubled in the second but was ultimately stranded at third when Antonio Evans flied out to end the inning.
In the fourth inning, Hill reached on an infield hit and courtesy runner Demetrius Alston took his spot. With two out, Alston stole second and continued to third when the throw went into center field. But Smith got Nick Shuping to ground out to end the threat.
The Jackets had a more serious threat in the bottom of the fifth when they had runners on the corners with one out. On what turned out to be a botched squeeze, Evans tried to steal home and got there ahead of catcher Will Steinman’s tag. But Steinman had collided with batter Jalain Charles. The umpire ruled Evans out due to batter’s interference.
Lexington kept plugging away and finally broke through in the bottom of the sixth. Ty Hill walked leading off and as he was breaking for second, Lancaster hit a chopper to second baseman Alex Yang, who bobbled the ball as Hill ran past him. Everybody was safe. Chaz Hill then hit a bouncer to third and Ty Hill broke for the plate. The throw came home and even though Ty Hill didn’t slide, he was ruled to have beaten Steinman’s tag. Maddox briefly argued the call.
The potential was there for even more Lexington runs when Bess was intentionally walked to load the bases. But the Hornets forced out two Lexington runners at the plate and Smith fanned Evans.
Lexington’s slim lead was put in immediate jeopardy when Steinman crushed a line drive to the gap in left center leading off the top of the seventh. But Lexington center fielder Jerarmony Charles made a long, running catch, robbing Steinman of at least a double.
“That was a nice play and when you let teams that haven’t beaten you stay in games they start making those plays,” Maddox said. “If you get a little confidence you can make a lot of plays. Just tip you hat to those guys. Their players played hard and did what they needed to do.”
Lancaster then retired Harper Miller on a fly ball and pinch hitter Riley Myers on a grounder to end the game, triggering a boisterous celebration on the field and in the stands among Lexington fans.
“We played well,” Lancaster said. “We’re cutting down on our errors and that has given me more confidence.”
Lexington hosts Carver at 7 p.m. Wednesday.