Woman who calls to report alleged abuse is charged with abuse, DWI 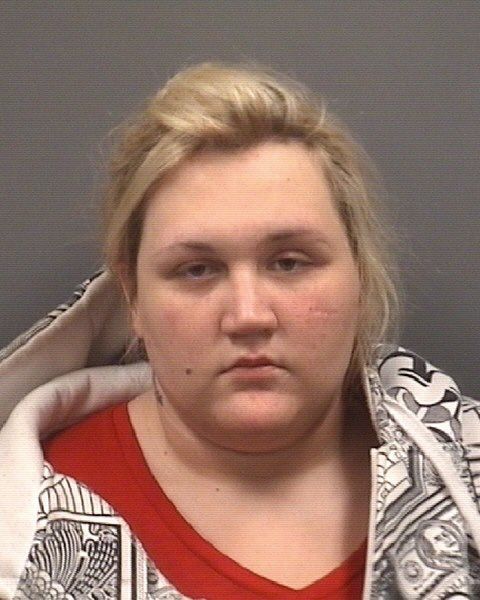 A Kannapolis woman who called authorities regarding alleged child abuse found herself in handcuffs. Rowan Sheriff’s deputies went to the home of Amanda Ruth Sykes after the 23-year-old told them she believed her child’s father held the back of their daughter’s head and pushed her face into a mattress. Officials don’t believe any abuse occurred. They did, however, charge Sykes with two counts of misdemeanor child abuse and misdemeanor driving while impaired.
A report said a deputy arrived at the Edsel Court home before Sykes, who pulled into the driveway Friday night. When she got out of the car, she seemed lethargic and slow to speak. Sykes told the officer her daughter had a knot on the back of her head, but he found none. The deputy said Sykes was swaying back and forth while talking with him.
She had a trail of white mucus coming from her nose that the deputy said was consistent with someone having snorted a “powdery substance.”
The children were sent inside with her boyfriend while the officer conducted a field sobriety test, which she did not pass. The officer noted in his report that Sykes went from crying to a drowsy state throughout their encounter.
She thanked the officer for “looking out” for her children as she was booked into the Rowan County Detention Center. She was issued a $1,000 secured bond and has since been released.