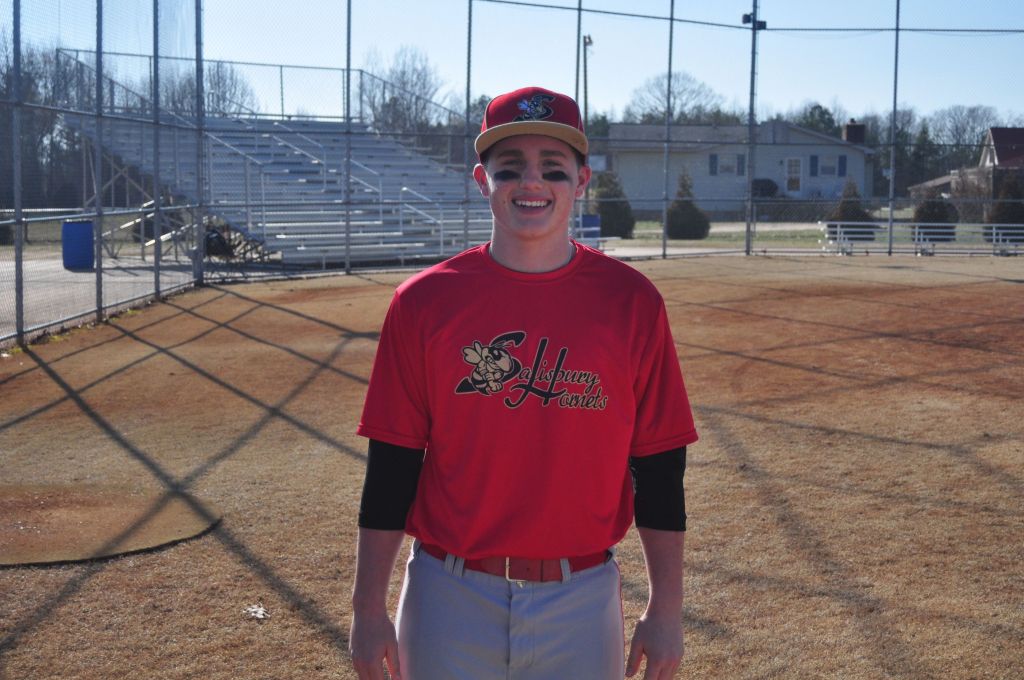 SALISBURY — Salisbury put the tying runs on base in the seventh, but Riley Myers’ bouncer up the middle was snagged by leaping reliever Sasha Mussetter, and his throw to first ended Monday’s game.
“Just hasn’t been our year,” sighed Myers, who played well at shortstop despite a strained back.
At least so far, it hasn’t been the Hornets’ year. They are 1-9 after Monday’s non-conference setback at Robertson Stadium. Still, coach Scott Maddox, Salisbury’s coach since 2001, has been around long enough to know there’s a long way to go.
“Five years ago, we started out 0-8 and we finished that season playing against East Davidson in the CCC tournament championship game,” Maddox said. “No, we haven’t gotten it done to this point, but this is also the first time we’ve had our whole team on the field anywhere close to healthy. We’ve just got to keep our heads up and keep on playing.”
Chance Bowden and Clay Swaim pitched well enough for the Hornets to win, but North Forsyth (4-6) took advantage of every miscue.
A walk, a bloop hit and a passed ball got Bowden in trouble in the second, and No. 8 hitter Caleb Allen slapped a two-out, two-run single.
The visiting Vikings put three hits together to score twice in the fifth for a 4-0 lead, and they tacked on a run in the seventh after an error extended the inning. No. 3 hitter J.D. Brothers produced RBIs in the fifth and the seventh.
North Forsyth starter Nathan Noah threatened to pitch a no-hitter. He had one until Harrison Smith singled to right with one out in the sixth.
“Their pitcher did a good job and we filled his head with confidence by trying to pull too much,” Bowden said. “We kept roling over and hitting groundballs.”
Salisbury finally got a run in the sixth when Ryan Jones beat a throw home on Myers’ groundball.
The Hornets scored twice and made it exciting in the seventh on Bowden’s two-out, two-run single on a high fastball, a wicked liner that he whipped into right-center.
“That pitcher (Noah) is our No. 3, but he did a great job of filling up the strike zone today, and he kept attacking their hitters even when we made mistakes that put him in jams,” NF coach Everett Hancock said. “He really wanted to finish this one, and he’d had a no-hitter for so long and had pitched so well that I wanted him to finish it.”
After Bowden’s hit, Hancock reluctantly pulled Noah, and Mussetter retired Myers for the final out.
“We had a lot of baserunners those last two innings,” Bowden said. “We just need to get it going earlier. You can’t wait until the end of the game.”
While the Hornets haven’t won since opening day, they do play Lexington twice this week. There aren’t any automatic wins for Salisbury, but the Hornets have beaten Lexington 28 straight times during Maddox’s coaching tenure, so there’s reason for optimism.
“I think Salisbury is good, a lot better than their record,” Hancock said. “Bowden’s a player, and I love how aggressive their shortstop (Myers) is and how strong his arm is. I told my guys to watch how he plays. Salisbury should win their share.”