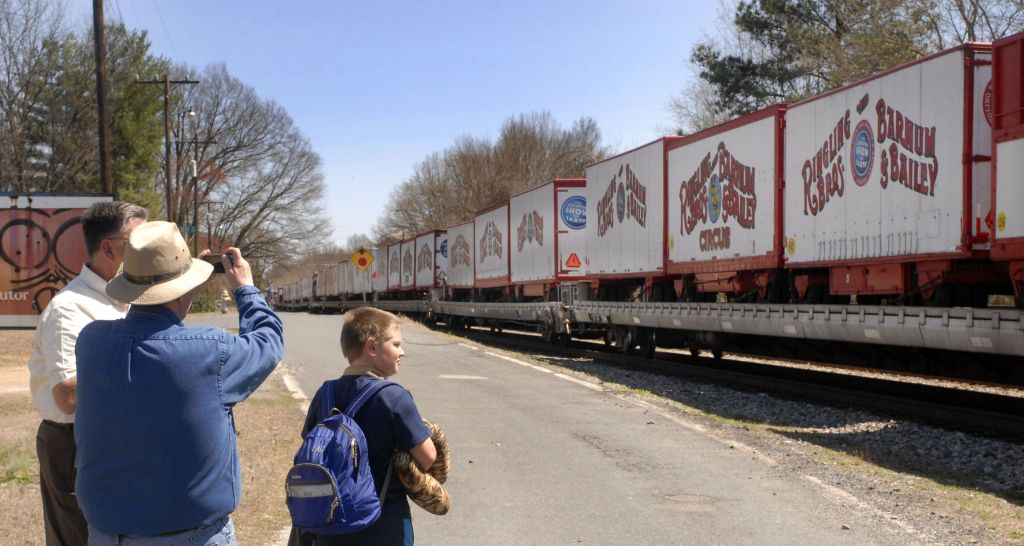 The famous Ringling Brothers and Barnum & Bailey Circus Train passed through Salisbury on Monday on its way to Asheville.
The mile-long train has 61 cars carrying the entire circus except for the tigers and lions, which have to be moved by trucks. The train paused for a short time near Brenner Avenue while the train crew switched out for a new crew.
While stopped, some of the circus staff and performers sat in the open doorways of the cars talking with a handful of folks who had spotted them.
Ringling Brothers and Barnum & Bailey Circus has three complete circuses, the Blue, Red and Gold circuses. The Blue and Red move by train and the Gold, which is for smaller venues, travels by truck. The train passing through Salisbury was the Blue Circus or, as it is called, the Legends Circus.
They will be passing back through Salisbury again, most likely next Monday, on their way to Norfolk, Va.
The circus is on the road 11 months out of the year.