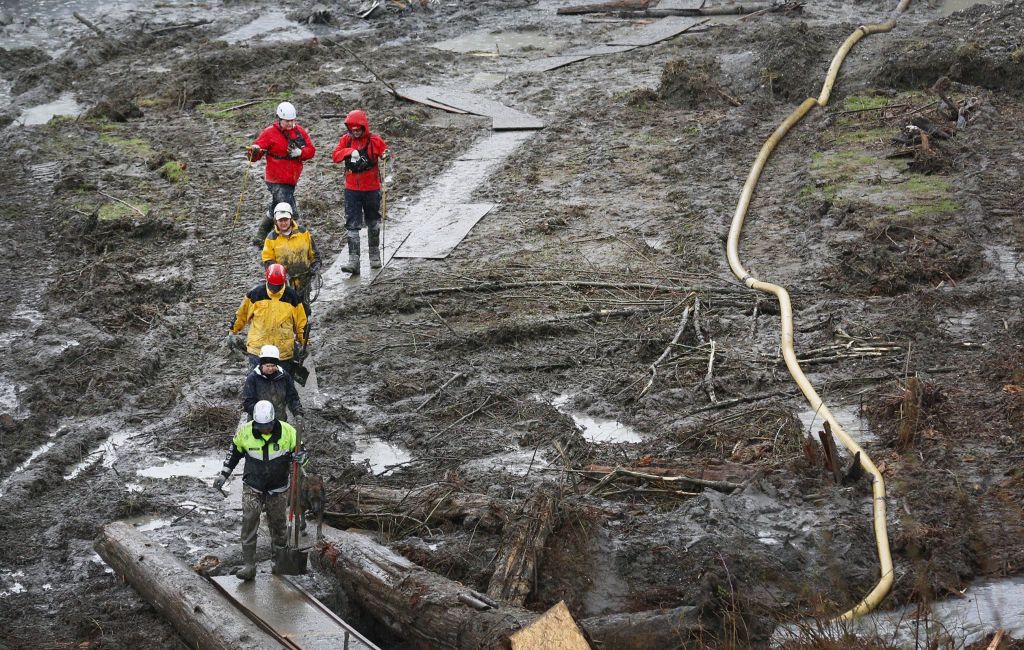 Your daily look at late-breaking news, upcoming events and the stories that will be talked about today:
1. HEALTH CARE ENROLLEES ENDURE BLIZZARDS, LINES, GLITCHES

Across the nation, interest in getting health insurance—and avoiding the penalty—was piqued as midnight deadline loomed.

2. WHOSE EARLY RELEASE MAY BE ON MIDEAST NEGOTIATING TABLE

The United States is said to be discussing letting convicted spy Jonathan Pollard cut short his life sentence as an incentive to Israelis in the troubled peace negotiations.

Gov. Jay Inslee says estimated losses from the deadly mudslide that has killed at least 24 people have reached $10 million.

4. REPORT FINDS ASIAN CHILDREN IN U.S. MOST LIKELY TO SUCCEED

Whites are close behind, but the Annie E. Casey Foundation says numbers for African-Americans, Latinos and American Indians are "distressingly lower" in every state.

5. WHY AIR TRAFFIC CONTROL WILL BE DEPLOYED OVER INDIAN OCEAN

So many planes are searching for the missing Malaysian Airlines jet, a modified Boeing 737 has been sent to prevent midair collisions.

6. WHERE FOOD-TRACKING ID CARDS ARE BEING ISSUED

Venezuelan patrons will register with fingerprints; a computer system will monitor purchases. Some say it will foil hoarding amid staple shortages; others call it Cuba-style rationing.

Following a protest by hundreds that turned violent, the force’s new leader says changes will be made to recruitment. Officers have been involved in 23 fatal shootings since 2010.

The Facebook founder exercised his stock options to realize the windfall — which comes with a huge tax bill.

The use of expanded replay on opening day results in two missed calls getting fixed fast, without any arguments.