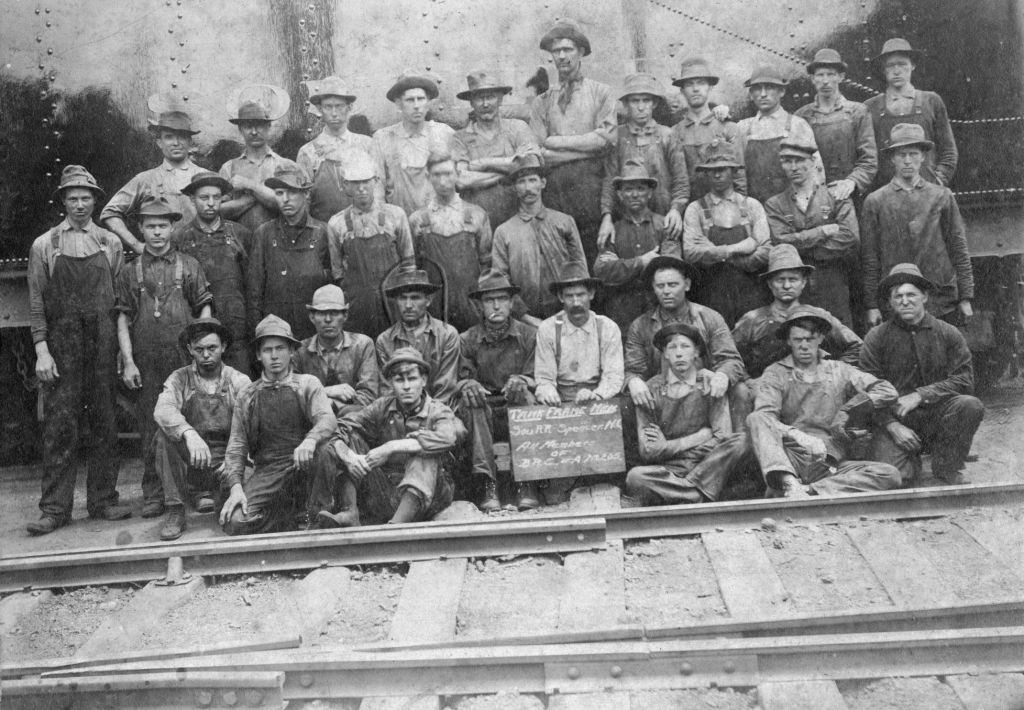 Dean Rary of Kannapolis (‘Dean’ is a shortened version of her full name) bought this photograph at a yard sale eight to 10 years ago. She purchased it hoping to scan the faces and find her grandfather John Mishak, an immigrant from Czechoslovakia who made his way to North Carolina to work at Southern Railroad’s Spencer Shops. She did not see her grandfather in the photograph and put the picture away, thinking maybe she could have it published one day and someone else might see a relative they know. The date on the picture is not known. According to the sign, these 34 workers are part of the railroad repair facility’s ‘Tank Frame Men’ and also members of a particular union.