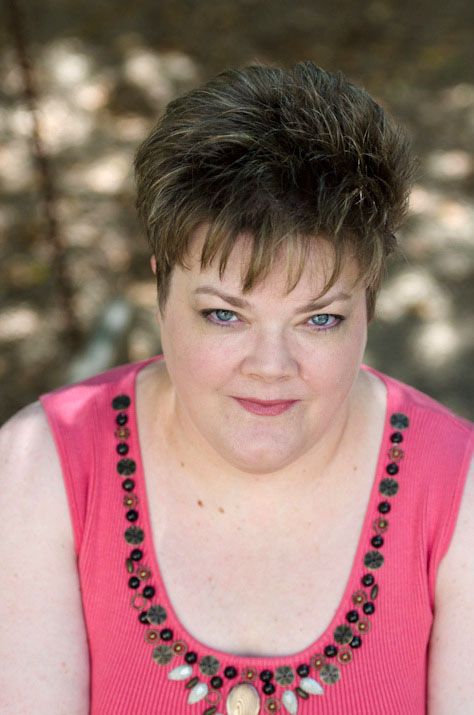 Rowan County has been blessed with many people of note, not the least of whom is my good friend, Polly Giles. I caught up with her in Atlanta some time ago, and we sat down to talk about her career and what led her from Salisbury and Rowan County to Atlanta and a thriving career in TV and motion pictures.
The sun was shining brightly in Atlanta when we met, and the first question I asked her was how she was doing now. “Well, and busy” she replied. She had an audition that week, and, ever the charmer, she and I talked at length.
I asked her how she got to this point. Polly attended Gospel Light Academy, Knox and South Rowan High School after which she attended Northeastern Christian Junior College in Villanova, Pa. She sang in its a cappella group, Sonrise. The group traveled down to Florida, up to Maine, out to Texas, and Polly was their featured soloist. After her schooling, she went on tour as a singer in nightclubs and USO-type venues on military bases around the country.
Returning to North Carolina, she became an EMT in Salisbury, and met her husband Don at Carolina Bible Camp in Mocksville. Don is an associate pastor and youth minister, and following their marriage they lived in Durham, where they were affiliated with Cole Mill Road Church of Christ. After they moved to Atlanta, Polly became a training officer for American Medical Response, and as such, became a set medic on the movie sets of “Last of the Mohicans,” “The Fugitive,” “Immortal” and others. It seemed an easy move from there to extra, and she began doing some serious acting work at the Legion Theater in Cartersville, Ga. She appeared in the all- female version of “The Odd Couple” and was the voice coach for “Charlie Brown, the Musical.”
She worked in the movie, “Stand your Ground,” which was released in 2005, and she credits this movie with opening a lot of doors for her. It was here that Polly threw out some of the names of people she has worked with, and a mesmerizing bunch they are. Clint Eastwood, Anthony Hopkins, who she says is an incredible person, and when he took her hand and hugged her, Polly says she was sent swooning. He has the most hypnotic eyes, she added. Tommy Lee Jones, who she says is a wonderful man, Daniel Roebuck and Muse Watson, a good friend, she added. She’s also worked with Justin Timberlake, Cameron Diaz, Chris Rock, Jennifer Lopez, Melissa McCartney and Jason Bateman — an impressive list by anyone’s standards.
While on the set of “Identity Thief,” she was one of the Precision Drivers Team, which work in conjunction with the stunt drivers, who are an incredible bunch of people, Polly says. The stunt drivers would perform their stunts around the precision drivers, and they formed Professional Precision Drivers Unlimited. They drive as a team, and in addition to “Identity Thief,” they also worked on “Need for Speed,” “Fast and Furious 7,” “Solace,” “The Originals” and many more. Working on movies, you spend more time with your acting cohorts than you do at your own home, and the movie set becomes like family.
Polly continues with her singing career as well, and has sung for the governors of Tennessee and North Carolina. She got a telephone call once from Vice President Quail’s office, asking her to sing for him and President George H.W Bush during their re-election campaign stops. They liked her so well, she was “on call” to them and the North Carolina governor whenever needed for an uplifting song during their campaigns. That’s Gov. Jim Hunt as well as Attorney General Rufus Edmiston of North Carolina. She remains on call to sing at political functions. She told me she was born to sing, and enjoys doing so at every opportunity.
My next question was an easy one for her. What, if anything, did you take to Atlanta with you from your Rowan County relationships? She loved singing for Frances Cowan at South Rowan, and she told me Cindy Preble and Alice Moody, her teachers at Knox, were especially encouraging. She recalls a comment made on her Knox report card where her drama teacher had written, “This child is talented, and needs to pursue this as a career.” You don’t soon forget encouragement like that, she told me.
What’s next for Polly Giles, I finally asked her. She said she had an audition that very Saturday for a horror movie to start filming in Cartersville, Ga., but she said she couldn’t say much about it at this time. At the time of our conversation, she was fighting a cold, and she was auditioning to play the part of some kind of monster. She felt like she would be a good one, as badly as she felt. Once I had returned home to China Grove, she emailed me that she had gotten the part, and would begin filming soon. All I can say is, she will make one gorgeous monster, and I can also say, I knew her when.
Polly Mitchell Giles, another Rowan County success story.