Chamber pushing for Rowan County residents to register and vote 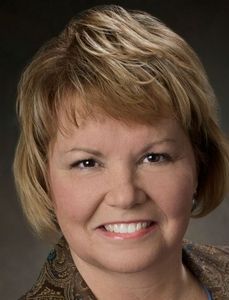 Rowan County Chamber of Commerce officials say business advocacy and voter education go hand-in-hand.
If a person is not registered to vote by April 11 — now less than two weeks away — his or her voice is silenced throughout the election process as a result, officials said.
The early voter registration deadline, coupled with the fact a slew of candidates are running for positions at the local, state and federal levels this year, has lit a fire underneath Chamber officials to reach out to the community again.
While the Chamber always has pushed for Rowan County residents to get registered and commit to visiting the polls in May and November, Tim Norris said, “this year’s effort has been enhanced and taken to a higher level.”
Norris, the Chamber’s government affairs committee chairman, said there has been an increased focus on voter education.
“We are doing everything we can possibly be doing as a committee and as a Chamber to provide opportunities for voters to be informed both on the national level and statewide,” Norris said. “Citizens have two very important obligations. The first is being an informed voter, and the second is actually going out and voting.”
In a nonpartisan fashion, Norris said, the Chamber is doing everything possible to bring candidates before the public and have them present their views.
Chamber officials recently sent a flyer to members urging them to motivate their own staff to vote, Norris said.
Some of the employers are offering incentives to their employees who register and vote.
“The Chamber is a great platform that allows us to get this done in a nonpartisan manner,” Norris said.
The government affairs committee has done an “excellent” job of meeting every month and organizing the Chamber’s push, Norris said.
“We’ve had meetings every month. Really dedicated folks came out in the sleet and the snow to be there because they know the importance of our purpose, which is business advocacy,” Norris said.
Chamber President Elaine Spalding said this year’s more intense campaign to get people to register and vote was born out of discussions at the organization’s retreat last fall.
“This is such an important election for our county with the county commissioner, state and congressional seats (on the ballot). These are the key officials at the local, state and federal levels who represent us,” Spalding said.
Having conducted one forum for commissioner candidates already on March 20, the Chamber has two more scheduled for next month.
The Chamber, Catawba College and the Salisbury Post are co-hosting another candidate forum at 5:30 p.m. April 15 in the Tom Smith Auditorium at Catawba College.
The forum is free and open to the public and will feature registered candidates for the Rowan County Board of Commissioners as well as the two Republicans, Harry Warren and Chad Mitchell, who are battling for the District 77 House seat in the N.C. General Assembly.
“The purpose of the forums are about making sure people are informed where the candidates stand on issues,” Spalding said. “The Chamber does not take sides and does not endorse candidates. We advocate on behalf of business.”
The Chamber’s next “Power in Partnership” event will be a state legislative breakfast slated from 7:30 to 8:30 a.m. April 17 at Trinity Oaks on Klumac Road.
The event will feature state legislators Andrew Brock, Gene McLaurin, Carl Ford and Harry Warren.
At the breakfast, Chamber officials will be presenting the business community’s top priorities for the 2014 state legislative session, and the lawmakers present will explain how they are going to help move Rowan County forward.
Tickets are $12 for Chamber members and $20 for non-members.
Contact reporter Jim Holt at 704-797-4246.

Sandwich, but no senator, for this reporter