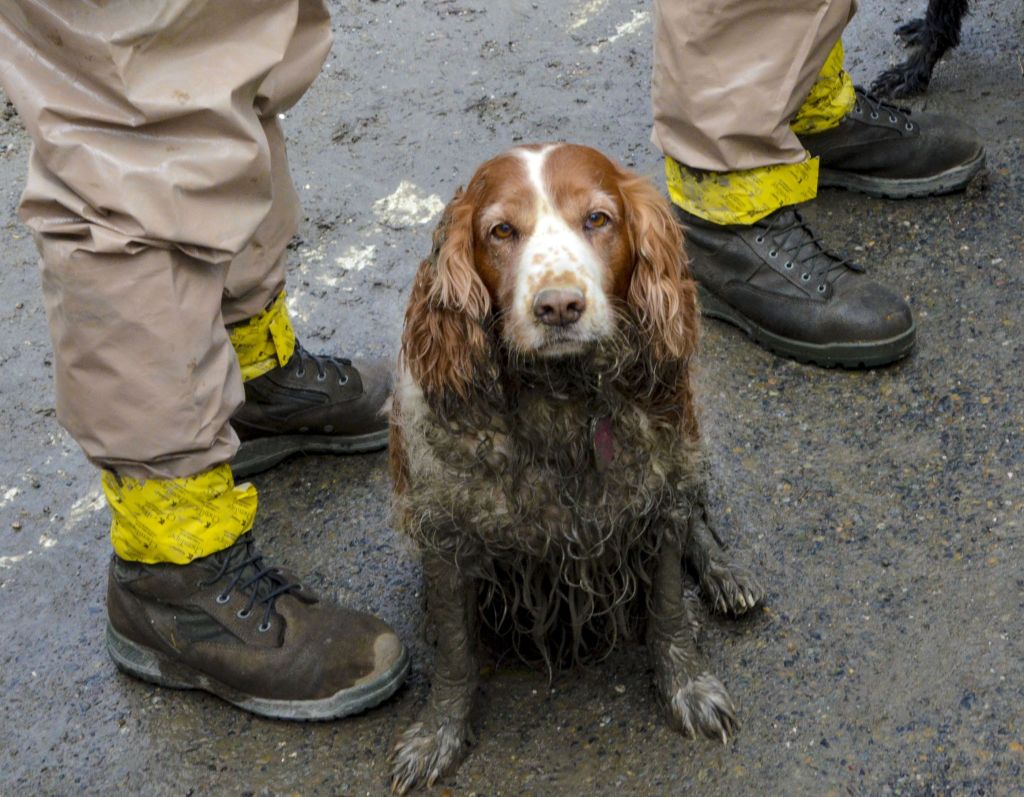 Looking back at the stories to remember from the past week:
1. WASHINGTON STATE COMMUNITY ANGUISHES OVER MUDSLIDE
Rescue workers spent the week digging through an immense pile of mud and debris in a fruitless search for survivors of the March 22 mudslide in the North Cascades community of Oso, about 55 miles northeast of Seattle. So far, 17 bodies have been recovered, with 90 people confirmed missing and feared dead.
2. MYSTERY OF MALAYSIA AIRLINES FLIGHT 370 STRETCHES PAST THREE WEEKS
Malaysian officials said Monday the plane with 239 people aboard went down in the southern Indian Ocean with no survivors, but they still do not know why it was off-course. Officials defined a new search area Friday, shifting it closer to the western coast of Australia. Planes spotted objects floating there, but it was not clear if they were from the jet, missing since March 8.
3. WEST BACKS UKRAINE WITH BAILOUT OF UP TO $18 BILLION
The loan pledge by the International Monetary Fund came Tuesday, the same day that the U.N. condemned the referendum that drove Crimea into Russian hands and the U.S. Congress backed even harsher sanctions against Moscow. Former Prime Minister Yulia Tymoshenko, one of Ukraine’s most divisive figures, said she would run for president.
4. FEDERAL AGENCY SAYS NORTHWESTERN FOOTBALL PLAYERS CAN UNIONIZE
The decision by a regional director of the National Labor Relations Board could revolutionize a college sports industry worth billions and have dramatic repercussions at universities. Northwestern said it would appeal the decision to labor authorities in Washington.
5. AIR FORCE FIRES 9 IN NUCLEAR MISSILE CHEATING SCANDAL
In addition to dismissing the nine midlevel commanders Thursday, the service said it will discipline dozens of junior officers at a missile base. The disciplinary moves, described as unprecedented in the history of the U.S. intercontinental ballistic missile force, came in response to an exam-cheating scandal.
6. OBAMA SAYS MORE THAN 6 MILLION SIGNED UP FOR HEALTH CARE
After a stumbling start, the health care program reached the milestone Thursday, four days before open enrollment season ends. The figure fulfills a revised goal set by the Congressional Budget Office. The administration has yet to say how many consumers actually closed the deal by paying their first month’s premium.
7. EGYPT’S ARMY CHIEF SAYS HE WILL RUN FOR PRESIDENT
Abdel-Fattah el-Sissi, who announced his decision Wednesday, is widely expected to win the election in the nation beset by political turmoil and violence, a dilapidated economy and concerns over building a democracy. He has been Egypt’s most powerful figure since removing President Mohammed Morsi and leading a crackdown on the once- dominant Muslim Brotherhood that has since been declared a terrorist group.
8. TURKEY SHUTS DOWN ACCESS TO YOUTUBE, CITING NATIONAL SECURITY
The move Thursday came after the leak of an audio recording of a government security meeting in which senior officials appeared to be discussing possible military intervention in Syria. Last week, Turkey suspended access to Twitter, which has been a conduit for links to recordings that suggested government corruption.
9. JEREMIAH DENTON, FORMER VIETNAM POW AND ALABAMA SENATOR, DIES AT 89
Denton, who died Friday, survived 7 1/2 years in a North Vietnamese camp and alerted the U.S. military to conditions there when he blinked the word “torture” in Morse code in a TV interview. The one-term Republican, a strong advocate of conservative causes, lost a re-election bid in 1986 by a fraction of a percentage point.
10. GWYNETH PALTROW AND CHRIS MARTIN MAKE A ‘CONSCIOUS UNCOUPLING’
The breakup of the actress and the Coldplay frontman was announced Tuesday on Paltrow’s website. There was mockery of her use of the New Agey phrase “conscious uncoupling” in announcing the split. They married in 2003 and have two children.