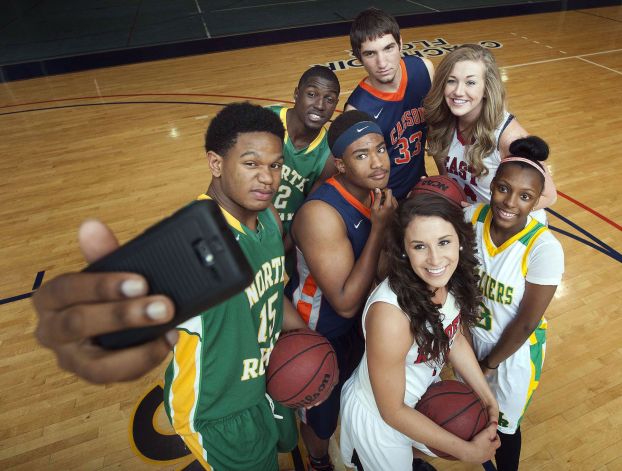 I remember joining the Post in the winter of 2011 and being in awe of the seniors that bolstered the county’s athletic profile.
Romar Morris, Darien Rankin, Javon Hargrave, Ayana Avery, B.J. Sherrill, Ashia Holmes, etc. It was quite an arsenal for a non-metropolitan area to boast that many kids who made an impact at the state level. All of them won state championships and went on to play in college.
The high school freshmen that year probably thought 2014 was light years away, but high school goes by fast. Timid 14-year-olds can morph into young adults with cell phones and drivers’ licenses before your eyes.
Three years later in my first year as sports editor, another worthy line of seniors has taken us on a similar journey. Colton Laws is an Athlete of the Year candidate at Carson and will pitch at East Carolina next year. Michael Connor won a state title as a freshman and carried his team through several playoff wins this year. Karleigh Wike helped the East Rowan girls to their best year in a decade and will play at Richmond next year.
That’s just a few of them, but they were all together Wednesday at Goodman Gym for the all-county photo shoot. Maybe for the last time, but they can’t say they didn’t have a proper send-off.
This year the county had seven players cross the career 1,000-point mark, six of them being seniors with a trademark moment to end their careers. Seniors Laws, Connor, Wike, Michael Bowman, Tre Williams, Nycieko Dixon and junior Avery Locklear all reached 1,000 this season. Brielle Blaire reached 1,000 last year, but an early-season injury kept her off the all-county team. The really crazy thing is it’s not that usual. In 2009, seven players earned the milestone with Carson’s Darius Moose and West’s K.J. Sherrill having crossed it before their senior year, giving the county eight with 1,000. In 2003, there were seven.
•
Here’s some awards that we didn’t hand out Wednesday.
Boys Game of the Year: Really it could be any of North’s playoff wins, but we’ll go with the regional semifinal against East Rutherford for the novelty of it. The game, played at UNC Greensboro’s Fleming Gym, was postponed twice because of bad weather, once with the Cavs already off the bus and ready for action.
North Rowan trailed East for all but the final 22 seconds in the regional semifinal. Michael Bowman hit a floater to give the Cavs their first lead and Jalen Sanders got a steal and layup on the ensuing possession. ER got two 3-point attempts off before the buzzer that were wide.
Girls Game of the Year: South Rowan edged Carson 56-54 thanks to two Locklear free throws in the waning seconds.
Heartbreak of the Year: Blaire tore her ACL in North Rowan’s conference opener against Lexington. Blaire, who transferred to North for her senior year, had championship aspirations on a talented team, but the Cavs struggled inside without the Virginia Tech commit. North won the CCC Tournament but fell in the first round of the playoffs.
Dunk of the Year: All-County player Kenyon Tatum probably threw down about five dunks in North’s statement win against Lexington in the CCC championship. Any one of those will do.
Rowan Assassin: Rowan coaches will have nightmares about Matt Morgan this summer. The Cox Mill junior hit a contested 3-pointer against Carson on senior night after leading the Chargers back from a 15-point deficit against the Cougars a few weeks earlier. Two days before that, he scored 25 in a another thriller where CM beat West Rowan after being down 34-18.
Best Student Section Performances: West Rowan for their America-themed night against Carson, featuring Rebecca Parker as Lady Liberty. In an early-season game, South Rowan’s Beth Ann Martin played well and then jumped into the stands to be Catwoman as the Raider Rowdies had superhero night.
Upset of the Year: Carson‘s boys went to Asheville Erwin in the second round and held the Warriors to a season-low 56 points to reach the third round for the first time in school history. Laws hit four 3-pointers in a 63-56 win.