City honors employees who went above, beyond in 2013 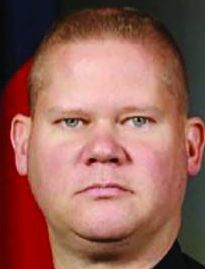 SALISBURY — During a ceremony Thursday night at the Civic Center, the city of Salisbury recognized employees who went above and beyond the call of duty in 2013.

Frequently noted by co-workers and citizens as the “most polite” person they’ve ever met and always willing to lend a hand, Allman was nominated several times throughout 2013 for the city’s Customer Service Award.

One nomination detailed a time when crews working at Chestnut Hill Cemetery discovered an open cavity underground that posed an immediate threat to workers onsite and to potential visitors. Allman was contacted and responded to the scene where he assessed the situation, called for the appropriate repair crews and resolved the threat without injury.

Other nominations mentioned Allman as a regular responder to after-hours water main breaks, including large-scale breaks during weather events.

A committee of his peers chose Allman to receive the city’s top customer service award for 2013.

On a hot summer day, a mother and daughter were stranded on the side of the road with a flat tire and no way to make contact for assistance. Miller, who was passing through the area, noted the situation at hand and stopped to offer assistance.

In lieu of calling for second party help, Miller, in full uniform and without the assistance from the typical equipment used to change a tire, single-handedly replaced the flat tire and sent the mother and daughter safely on their way.

A bystander also passing through the area recognized Miller, the service he was providing and nominated him for a Customer Service Award. Miller was selected as a third quarter award recipient and then chosen by his peers to receive the silver award for 2013.

As described in a news release from the city, other award winners announced Thursday include:

• Civilian Employee of the Year — Cynthia A. Botts

Serving as the Police Department’s records coordinator, the area where citizens typically have their first interaction with the Salisbury Police Department, Botts is consistently pleasant when interacting with citizens and is able to fulfill their needs with ease. Her duties with the department include processing dozens of records and documents and maintaining control of all legal aspects of departmental records. Botts maintains a professional work environment and is an outstanding representative of the department.

Since beginning his law enforcement career with the Salisbury Police Department in April 2012, Dishman has been a shining star for the department. He is often one of the first to offer to help with a project or work to provide extra patrol coverage when needed. His work exceeds standards in every way.

Not only is Dishman vigilant in a patrol capacity when working in various neighborhoods, he assures that his work is completed with the utmost professionalism. Dishman has also proven himself to be very compassionate and effective when working with victims. Dishman has made a true difference on the streets of Salisbury.

Stallings’ demeanor and work ethic on a daily basis is a great example for all to follow. As the commander of the Criminal Investigations Division, he has proven himself many times to be a top investigator, while at the same time, is highly skilled at leading his troops in a manner that reflects his outstanding leadership.

Stallings has a broad skill set and is often times called upon to help with special projects taking place within the agency. As a leader, he demonstrates regularly that he genuinely enjoys his career in law enforcement.

• Bernard Penley Service Above Self — Battalion Chief Mark A. Thompson

Thompson joined the Salisbury Fire Department December 31, 1987. Thompson was recognized for his outstanding efforts toward professional development, earning a promotion from captain to battalion chief-shift commander leading B Shift, and guiding the department’s successful United Way campaign for the past several years. Thompson continually demonstrates leadership by example qualities and serves as a role model for younger fire officers. This award is given annually to a member of the department who exemplifies “service-above-self” both in the department and in the community as demonstrated by Deputy Chief Penley during his time with the Salisbury Fire Department.

Barnhardt served as a volunteer and part-time firefighter prior to earning a full-time job with Salisbury Fire Department January 21, 2013. Barnhardt is consistently attending advanced classes and has earned fire and rescue certifications including Firefighter I and II, Rescue Technician, Emergency Medical Technician and is currently earning certifications as Fire Engineer and Hazmat Technician. Barnhardt is an outstanding young man who always is willing to help his community and coworkers. This award is presented to a rookie firefighter who has displayed a commitment to his/her profession, organization and community. The award exemplifies a high degree of motivation and personal accomplishments.

Naylor is an eight-year veteran of the Salisbury Fire Department, hired March 31, 2006. He currently serves as an acting captain on A Shift, leading fire crews and substituting for officers who are on vacation. He is an excellent firefighter with a passion to serve. He has excelled in his performance as both a firefighter and engineer, has completed Fire and Rescue Instructor and advanced Rescue technician classes, consistently makes good decisions and leads his crews in training at a level that is above expectations.

He has a great attitude and pays attention to detail. This award is presented to an engineer or firefighter who has displayed a commitment to his/her profession, organization and community. The award exemplifies a high degree of motivation and leadership skills to his/her team or unit, the ability to be an effective team leader, superior job knowledge, and personal accomplishments.

Rogers is currently serving his 29th year with the Salisbury Fire Department joining the department November 18, 1985. Rogers is recognized this year as the Joe Jenkins Captain of the Year. Rogers currently is assigned to Ladder 1 on A Shift and serves as the Training Captain who teaches and coordinates daily training for the department. He excels in all aspects of his duties. He is the go-to guy for all fire apparatus and fire truck pump testing. He is reliable, a great instructor, mentor and motivator for all the members at the Salisbury Fire Department. He also serves emergency service providers throughout Rowan County as he trains volunteer fire department staff. This award is presented annually to a Captain who has displayed a commitment to his/her profession, organization and community. The award exemplifies a high degree of leadership, motivation, supervisory skills, and superior job knowledge, and personal accomplishments.

Morris joined the Salisbury Fire Department January 14, 1992. He holds and continuously demonstrates a deep passion for fire service, the citizens of Salisbury and the members of the department. Currently Morris is the assigned staff battalion chief overseeing the day-to-day operations of the department. He is an excellent motivator and leader within the department, teaches numerous fire officer level classes across the state annually. This award is presented to a chief officer who has displayed a commitment to his/her profession, organization and community. The recipient exemplifies the highest degree of leadership, motivation, skill and superior job knowledge.

Beheler joined the Salisbury Fire Department August 22, 2011. Beheler continually demonstrates excellent field emergency medical technician skills while assigned to Squad 2, responding to an average of 10 medical calls a day. He is kind, compassionate and skilled when dealing with sick and injured citizens. This award is presented to any uniformed member who has displayed the highest commitment to providing medical care and professional standards therein, resulting in unequivocal and unequaled service to the citizens and the department.

? Part-Time Firefighter of the Year — Michael A. Freeman

Freeman joined the Salisbury Fire Department as a resident firefighter living at the Fire Station #1 full time while he attended Rowan Cabarrus Community College’s Fire Protection Technology program. Freeman attended college class’s full time, attended and earned certification as a firefighter and EMT and applied for employment in 2013. He was hired in July and accepted his employment with seriousness and determination, so much so that he was recently promoted to a full time fire control specialist assigned to Station 3, B Shift. Freeman continues his classes at RCCC full time and is on track toward an excellent career with the Salisbury Fire Department. This award is given to a part time firefighter, officer or other who demonstrates dedication and skill in their assigned tasks.