Carson gets back at South 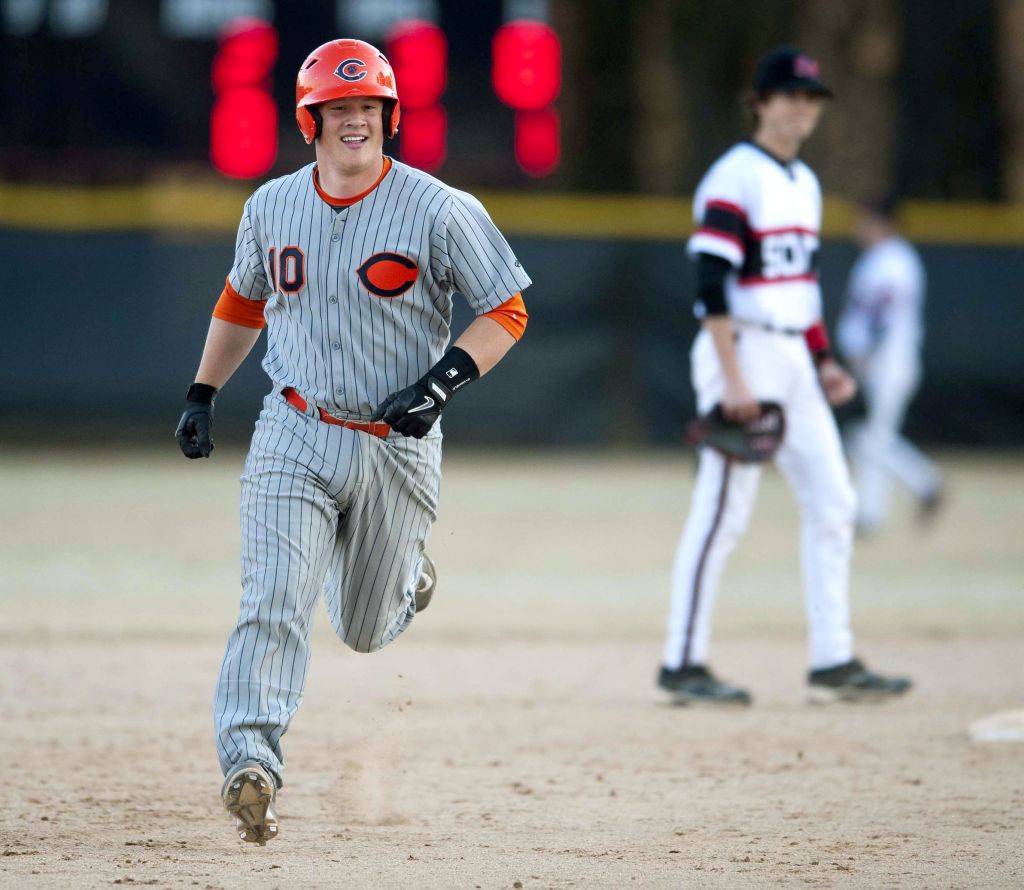 LANDIS — Carson’s Matt Jones ended the game with a running catch at the left-field fence on a Thursday when the Cougars did just about everything right from first pitch to last.
“We looked like we should,” summed up dominating, ECU-bound pitcher Colton Laws, after the Cougars rolled 7-0 at South Rowan. “We played a great all-round game. Not just pitching and not just hitting — all around.”
Carson (8-4, 4-4) got two-run homers from Michael Morrison and Bryson Prugh to avenge the 12-4 beating it took from the Raiders on Monday at Carson.
“We received on Monday,” Carson coach Chris Cauble said. “We were on the giving side this time.”
Austin “Bo” Corriher started for South and kept the Cougars scoreless until the third. Maybe the Cougars got inspired hearing Ted Nugent’s “Cat Scratch Fever” on the South P.A before the inning. That’s sort of the Cougars’ theme song, and powerful sophomore Michael Morrison followed an error with a two-run homer to the parking lot.
“I grew up with Bo and I know him,” Morrison said. “I was behind 0-1 and thought I’d get a curveball. I was sitting on that, and he left a hanger up in the zone.”
Still in the third, Heath Mitchem walked before Prugh walloped his first homer of the season with two out to make it 4-0.
“I hit a low, inside fastball,” Prugh said. “I’d been hitting a lot of balls hard foul, so that first homer lifts a weight off my shoulders.”
Four runs was going to be plenty for Laws (2-1). He pitched six innings, struck out nine and walked two. He allowed five hits, including two to Chandler Corriher.
“Colton was on,” Prugh said. “When he’s on, no one is going to hit him.”
Carson made it 5-0 on good baserunning by John Patella and Christian Houpe.
South’s one chance to get back in it came in the bottom of the fifth when Tyler Fuller and Chandler Corriher produced one-out singles.
But Laws struck out No. 3 hitter Chase Labbe and cleanup man Matt Honeycutt to end that threat.
A nice bunt by Mitchem set up Carson’s sixth and seventh runs. With the baes full, John Daugherty was hit by a pitch to make it 6-0 and Matt Saul’s walk made it 7-0.
“We’ve hit the last three games,” Cauble said. “We came out and played Carson baseball and we had some intensity for seven innings.”
South (9-3, 7-3) got a split with the Cougars, which is what it needed, but it fell a game behind East Rowan in the SPC race.
“We didn’t make a handful of plays and we just didn’t play well enough to win tonight,” South coach Thad Chrismon said. “We’ll learn from it and get ready for the next one. There’s a long way to go.”