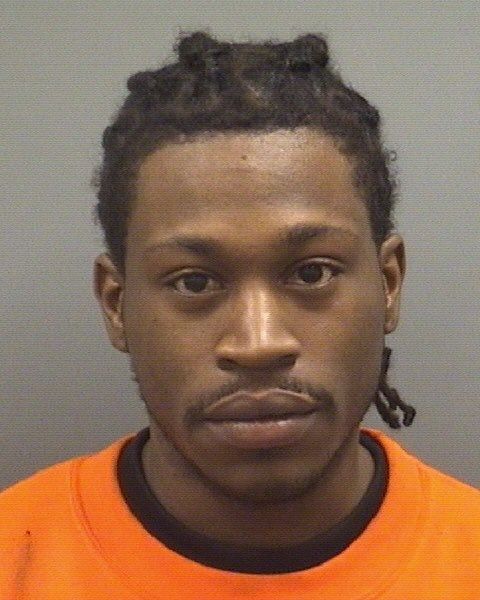 Authorities charged two people with drug possession Wednesday after finding them with drugs on a parking lot used by Livingstone College students, according to a Salisbury Police Department report.
Tomeze Tavia Gant, 23, is charged with misdemeanor possession of a Schedule VI controlled substance.
Christian Moran Vinson, 20, is charged with felony possession with the intent to manufacture, sell and deliver a schedule VI controlled substance.
They both remained in the Rowan County jail today under $10,000 bond apiece.
Around 3:30 p.m., officers observed a Livingstone College campus security officer talking to five suspects in a tan 2001 Nissan Xterra in the 700 block of West Monroe Street. The officers stopped to assist, recognized the vehicle from other drug-related cases and smelled marijuana.
Authorities said a canine was called in to sniff around the car.
Police Capt. Shelia Lingle said the officers got a “hit,” and asked the driver, Gant, if he had drugs.
Gant “pulled out 15.5 grams of marijuana from inside his pants, so officers placed him in handcuffs and searched him,” Lingle said.
Once the four other suspects exited the vehicle, officers still could smell marijuana.
Police asked Vinson if he had drugs, and he said he didn’t.
Vinson then gave officers a small cigar with marijuana in it, authorities said.
Officers searched the vehicle and found a red backpack, which contained two scales and sandwich bags.
Vinson was searched and found to be in possession of two big bags containing 10 little bags apiece filled with marijuana, the report said.
The total weight of the marijuana in the twenty bags was 11.8 grams.
Police also served an outstanding warrant for Gant for an incident on March 13 in which a 5-foot bong was found at his home in the 1000 block of West Horah Street.
For that incident, Gant was charged with felony possession with the intent to manufacture, sell and deliver a schedule VI controlled substance and sell and deliver a controlled substance within 1,000 feet of a school property.