Man injured after being ejected when SUV overturns 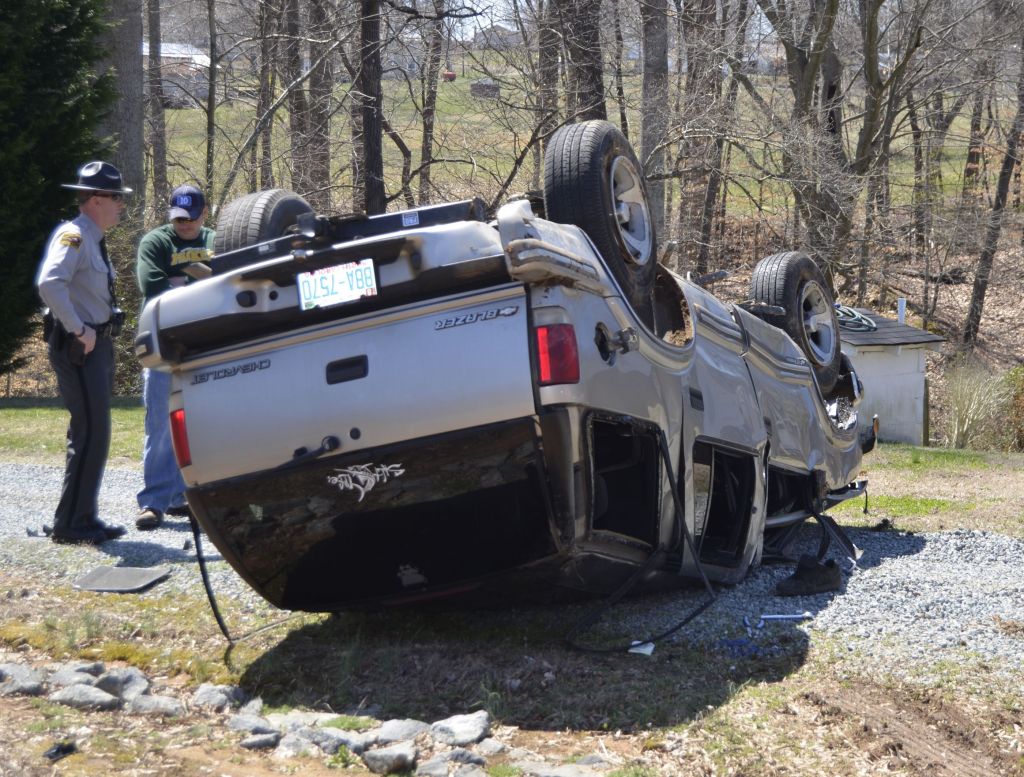 A 25-year-old China Grove man was seriously injured following a single-vehicle accident Wednesday afternoon when his sport utility vehicle overturned multiple times and he was thrown from it. Trooper J.P. Page of the N.C. Highway Patrol said Devin Hudson was likely speeding when he ran off the right shoulder.
Hudson was traveling east on Enochville Road around 1:13 p.m. when the crash happened. Hudson overcorrected, crossed the center lane and ran back off the road. His Chevrolet Trailblazer overturned multiple times, crashed through fencing in a yard at 4805 Enochville Road and came to rest in the driveway next door at 4765 Enochville Road. He was not wearing a seatbelt, the trooper said.
Page said speed was a factor in the crash. Neighbors say there have been dozens of traffic crashes on that road over the years.
Betty Barrett, who has lived on Enochville Road for more than 30 years, said she was one of several neighbors who called 911 for help. Barrett said motorists take the curve too fast, and she thinks that’s what happened to Hudson.
Barrett said when she made it outside, she saw Hudson lying in her yard. He wasn’t initially responsive, but eventually “came to,” she said.
Bobby Wilcox also said he’s seen people take the curve too fast along the road and has seen people drive so fast they cross into the other lane. He didn’t witness the crash, but he heard it and when he looked out of his front door, he saw the vehicle overturned.
Enochville Fire and Rescue and Rowan County EMS responded. King’s Auto Body Co. righted the overturned vehicle and towed it.
Page said Hudson was taken to Carolinas Medical Center Northeast, but hospital officials did not have a listing for him.
Contact reporter Shavonne Potts at 704-797-4253.