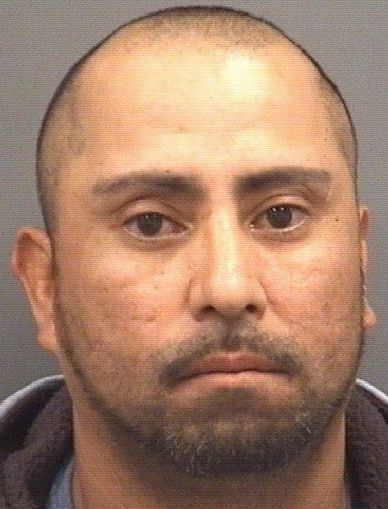 KANNAPOLIS — Four people were charged with drug offenses after the Rowan County Sheriff’s Office executed a state search warrant at 408 Gaddy St. after a four-month investigation.
The Rowan County Sheriff’s Office Special Investigations Unit (SIU) was assisted by the Aggressive Criminal Enforcement (ACE) Unit and the Sheriff’s Patrol Division. The investigation showed that the residence of Tomas Hernandez-Garcia Jr. and Jennifer Crouse was being used as a distribution point for methamphetamine ice. During the search, investigators seized approximately a half pound of high grade marijuana, two grams of methamphetamine ice, more than $1,000 in cash, a military style rifle and ammunition.
Hernandez-Garcia, 37, is a previously convicted felon from California. He was charged with four felonies: possession of methamphetamine, possess with intent to sell or deliver marijuana, maintaining a dwelling and possession of firearm by felon. He is being held under a $25,000 secured bond.
Crouse, 31, was charged with three felonies: possession of methamphetamine, possess with intent to sell or deliver marijuana and maintaining a dwelling. She also faces one misdemeanor count of contributing to the delinquency of a minor. Crouse was held under a $10,000 secured bond.
Two others who were visiting the residence were also charged with misdemeanor possession of marijuana and misdemeanor possession of drug paraphernalia. They were Brent Lindsay Childs, 33, a resident of 1124 Chalet Road, Cleveland, and Jenny Ann Myers, 40, a resident of 7530 Bringle Ferry Road, Salisbury. Each was held under a $2,500 bond.