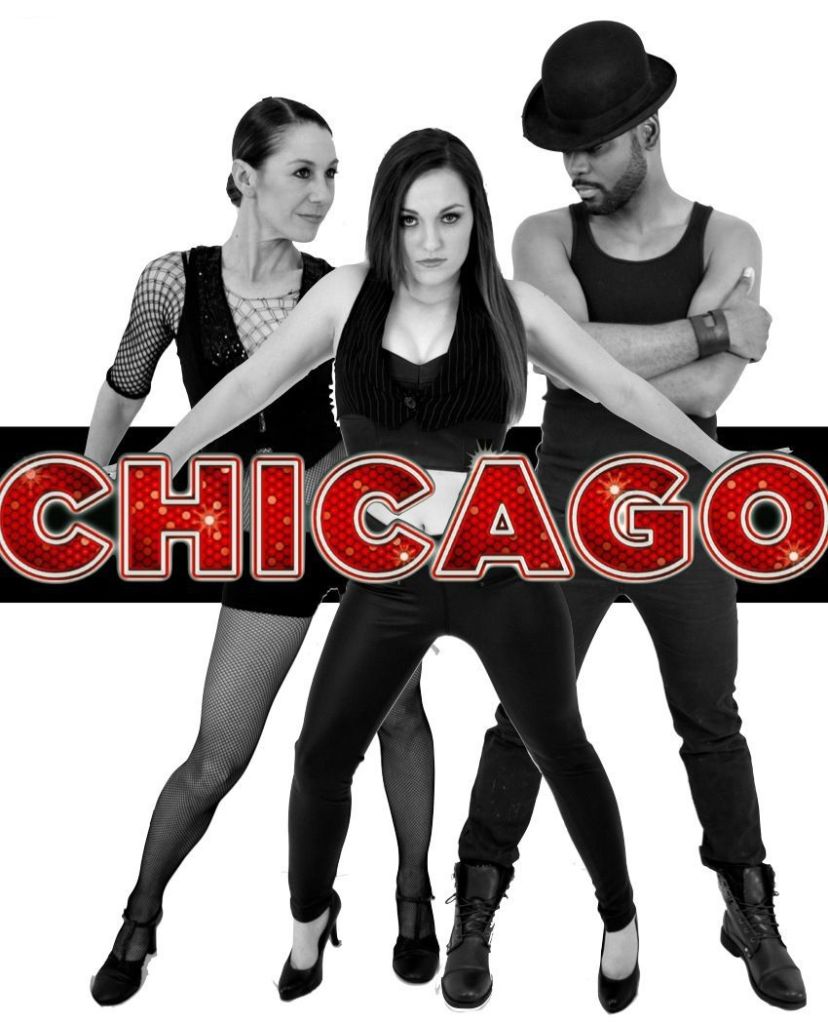 Murder, greed, corruption, violence, exploitation, adultery, and treachery — it can only mean one thing; ‘Chicago’ is coming to Salisbury. Devilish and delightful, ‘Chicago’ is an indisputable Broadway landmark that features a dazzling score by the Tony Award Winning duo of John Kander and Fred Ebbs, and eye-popping choreography, originally staged by the incomparable Bob Fosse, whose style is strongly identified with the show.
One of the most popular musicals of all time, ‘Chicago’ is a universal tale of fame, fortune and all that jazz; one show-stopping song after another; and the most astonishing dancing you’ve ever seen. No wonder ‘Chicago’ has been honored with six Tony Awards, two Olivier Awards, a Grammy and thousands of standing ovations. The Broadway revival holds the record for longest-running musical revival and the longest-running American musical in Broadway history. Having played more than 6700 performances, ‘Chicago’ has wowed audiences all around the world, from Mexico to Moscow, from Sao Paulo to London; and it will wow audiences at the Meroney Theater in Salisbury beginning April 3!
Set in Prohibition-era Chicago, the musical is a satire on corruption in the administration of criminal justice and the concept of the “celebrity criminal.” This is the story of two rival vaudevillian murderesses locked up in Cook County Jail. Aspiration-al chorus girl Roxie Hart (played by PPT newcomer Karen Christensen) murders a faithless lover and convinces her hapless husband Amos (Josh Wainright) to take the rap…until he finds out he’s been duped and turns on Roxie. Convicted and sent to death row, Roxie joins Nightclub star Velma Kelly (Ashlyn Keller Sumner) who is serving time for killing her husband and sister after finding the two in bed together. With the help of a slick attorney named Billy Flynn (Catawba’s Jordan Clifton), both vie for the spotlight and the headlines, ultimately joining forces in search of fame, fortune and acquittal.
Directed and choreographed by Tod A. Kubo and designed by Resident Director Reid Leonard, the Piedmont Players production will introduce musical director Mike Wilkins, to the Salisbury Arts Community. Although Leonard and Kubo have collaborated on past PPT hits Dreamgirls, The Color Purple, Spamalot and Leap of Faith, this will be Wilkins’ PPT debut. He has previously served as music director for such shows as The Rocky Horror Picture Show (The Old Globe Theatre, San Diego, Ca.) and The Who’s Tommy (The Chance Theater Company, Anaheim Hills, Ca.). He received the Los Angeles Drama Critics Circle Award as well as the LA Stage Alliance Ovation Award for Musical Direction for his work on Jerry Springer-The Musical.
With an all-star creative team, PPT’s production of ‘Chicago’ has everything that makes musical theatre great! Whether you’re looking for your first musical, you’ve seen the Academy Award®-winning film and want to experience the show live on stage or whether you’ve seen it on stage before and want to recapture the magic, ‘Chicago’ always delivers.
DETAILS:
What: Piedmont Players Theater presents ‘Chicago’
When: April 3-5 and 9-12 at 7:30 p.m. April 6 at 2:30 p.m.
Where: Meroney Theater, 213 S. Main St.
How Much: Tickets are on sale now. Adults $18, students/seniors $15.
Contact: 704-633-5471, PiedmontPlayers.com
MEET THE CAST