A beautiful vision for Rowan Co. 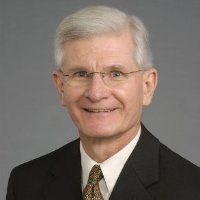 As a friend of the LandTrust for Central North Carolina, I had the privilege of sitting in for the morning portion of the Rowan County Community Forum on March 6.
It was not my first venture to your attractive and vibrant community. In 2008, I collaborated with Dr. John Wear, director of the Center for the Environment at Catawba College, for the Conference on Faith and the Environment that attracted about as many participants as the forum.
The most moving takeaway from the many slides of forum keynote speaker Ed McMahon was the constant juxtaposition of one image that was clearly “more inviting” than the other, a contrast that always had to do with one environment or resource being more beautiful.
When it came time for participants to state their single most desirable goal for the community, I offered, from my enthusiastic perspective of an inspired visitor, that I would desire for Salisbury and Rowan County to be perceived as “one of the most beautiful communities in America.” I believe that if everything we do as individuals or as a community could be underwritten with a commitment to making it beautiful, we would almost invariably come up with the best solution or outcome.

Overly ambitious? Unrealistic? Unless I totally misread the pulse in the F&M Trolley Barn, perhaps not. Oh, it would not be an easy accomplishment, and clearly there are signs that much healthy dialogue must ensue to get anywhere worth going as a community. But who said it would be easy? Ask any of the countless people who already have contributed so much to make it my most “attractive and vibrant” destination in the Piedmont of North Carolina. From productive farms to beautifully preserved spaces and open parks to a thriving downtown, Rowan County and Salisbury are a beacon to others.
I hear some themes running through the community conversation. Education is believed to be a key resource and priority investment going forward. This cannot be taken literally, but in my mind if the community builds its future as though it expected every one of its primary and secondary students to attend a local institution of higher learning, and if it cultivated those institutions of higher learning such that it expected to capture each of those graduates into its population base, well, you get the drift … Any community that is not envisioning and cultivating resources that will attract the young adults who can carry it forward is courting failure.

To those who are focused on the ongoing “debate” between urban and rural governments and their respective constituents, I would say, put your heads together and begin to envision Rowan County and Salisbury as a smaller and more livable version of the state capital and the Research Triangle Park; get on with competing for some of that “footloose” capital McMahon referenced on a level that is to your advantage. Namely, begin to speak and demonstrate to everyone and anyone who has an ear to hear and an eye to see that Rowan/Salisbury can offer so many of the virtues and amenities, albeit on a smaller scale, that Wake County and RTP might have with greater accessibility and more livability. Now that would be a beautiful thing, indeed.
I mentioned my involvement with that 2008 conference on Faith and the Environment because I want to draw to your wonderful community’s attention that faith has both hindsight and vision: It must be grounded in something of worth to justify its persistence into a future that is worthy of everything that has been invested to now. And we joined the dimension of faith to the environment because, especially in 21st century America and beyond, so much of the way we live has consequences for the quality of life our children inherit from us.
So, how about it? RTP — Rowan: Team Piedmont? Don’t balk at word play! But do continue to think big about the virtues of smaller and more accessible, high quality of life, and think of yourselves as beautiful people doing a beautiful thing — together. It’s not in the name — Rowan or Salisbury — that you will find your vision and your hearts.
Keep up the good work!
Stephen McCollum is a free-lance writer who lives in Greensboro.

How things ought to work