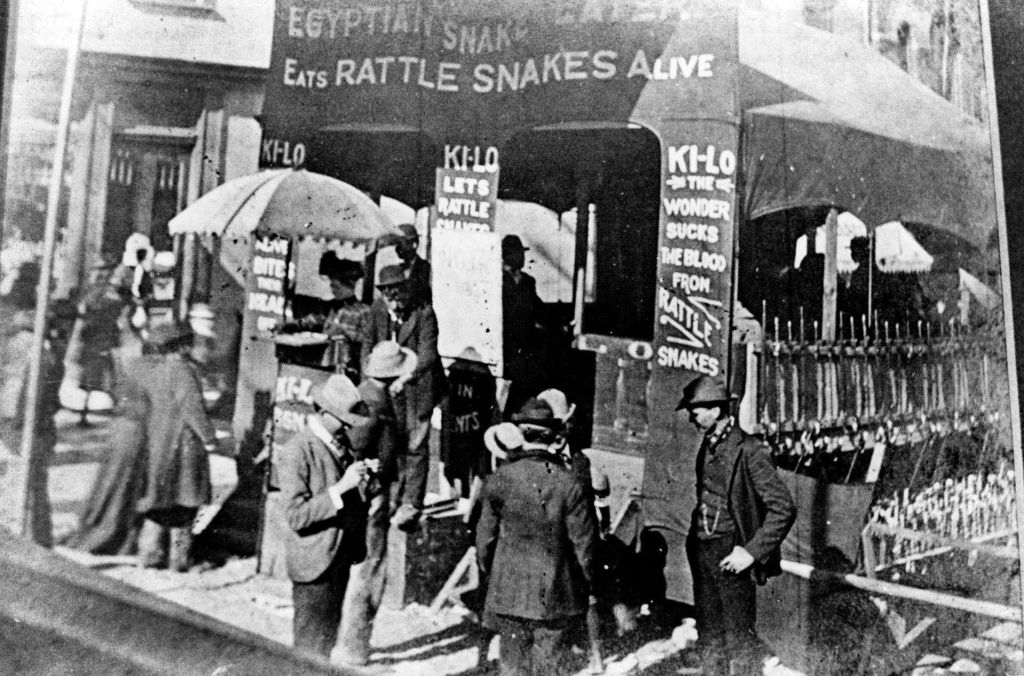 It’s difficult to put a date on this photograph copy from the Salisbury Post files, but it’s probably in the unhurried days of the early 20th century when traveling show amusements often set up shop at well-traveled locations on the city’s streets. In this photograph, Ki-Lo, the Egyptian Snake Eater, has drawn some interest. Some of the legible promotions say Ki-Lo, “The Wonder,” sucks the blood from rattle snakes and eats them alive. To each man his tastes.

Cultural amnesia: Is there hope as history, language, fine…