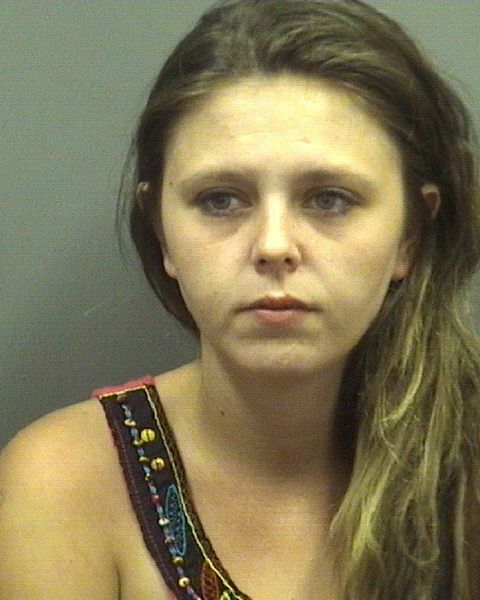 Rowan authorities who went to a China Grove home to serve arrest warrants on a Rockwell woman discovered hypodermic needles, a crack pipe and a substance believed to be heroin in the woman’s purse.
Investigators went to a Pathway Lane home in Rockwell to search for Crystal Moore Owensby, 26, whom they said had 12 outstanding warrants for her arrest. They did not find Owensby at her home, but did find her at her boyfriend’s home, located in the 200 block of Madison Road in China Grove.
She was charged with possession of schedule I controlled substance and possession of drug paraphernalia. She has outstanding warrants from Iredell and Rowan counties for probation violation, driving while license revoked, assault with a deadly weapon with intent to kill, simple assault, felony larceny, communicating threats, false imprisonment and breaking and entering.
While deputies were speaking with Owensby she asked if she could take a bag with her. But officers said they had to search the bag first, which she consented to, a report said. She informed the deputies they would not find anything in the bag. Deputies did find a glass smoking pipe with burnt residue at the tip. The deputy asked Owensby, a report said, about the pipe. She admitted it was “a crack pipe,” but promised there was no crack in it, the report said.
The deputy then found a copper scrubber that Owensby admitted to using the “bristle” with the pipe. A copper scrubber is typically used as a filter. The deputy also found a spoon, two unused needles and a third needle with a brown substance officers believed was heroin.
A department report said Owensby initially admitted to not having any heroin, but then told deputies, “I didn’t know I still had one,” after they found the items.
Owensby remains in the Rowan County Detention Center under a $63,500 bond. The N.C. Department of Corrections lists Owensby as an absconder from probation/parole supervision. She is on probation for a 2013 conviction in Iredell County for felony obtaining property by false pretenses. Owensby was also convicted of larceny, resisting arrest and common law robbery.
Contact reporter Shavonne Potts at 704-797-4253.