The Olympics you probably didn’t hear about 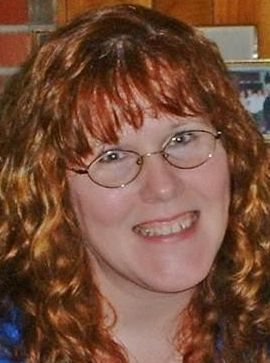 A few weeks ago, the 2014 Winter Olympics was all over the news. It was exciting; We were all following the progress of our favorite winter sports stars and teams. We avidly followed the medal tally for the U.S.A. We were proud of our U.S. Olympics team. These folks who persevered through years of training and preparation with their blood, sweat and tears were our heroes. Then it was all over; two weeks of glory and defeat came to an end for another four years.
But here’s the thing. It wasn’t all over! The 2014 Paralympic Winter Games were soon under way in Sochi! You didn’t hear about those games did you? That’s the problem. For me, I think these were the games we should have been hearing about, and yet they quietly went on without the accolades and huge crowds and massive media coverage.
I know these aren’t the popular winter game stars or events; no ice dancing or speed skating here. But these are the athletes who should be held up as our heroes. I know all athletes overcome obstacles; all persevere and push through the triumphs and defeats toward their ultimate goal.
But these Paralympic athletes have overcome far more than other athletes. Here are men and women born with debilitating disabilities or who suffered through tragic accidents, illness and even war injuries. Here are folks who are missing arms and legs, those who are paralyzed spending their lives in wheelchairs and beds. Here are those who most likely wanted to give up multiple times, thinking that their lives were over. Here are individuals who probably laughed at the prospect of being called an athlete, ever or ever again.
Now, I am not really into sports. Folks who know me well would be very surprised to find me watching ice hockey and doubly so to find me cheering on a team. Saturday, March 15, was the exception. That Saturday, I was privileged to watch the gold medal ice sledge hockey match between the U.S.A. and Russia. It wasn’t a high scoring game; only one point was on the board, but I understand that is not unusual due to the nature of the game. This game was exciting, with amazing action on the ice; plenty of body slamming here, enough to satisfy even the most rabid of ice hockey fans. Here was skill. Here was courage and determination. Here was team sports distilled into its very essence. It was a battle right down to the finish, with team U.S.A. winning gold for the second games in a row! Russia took the silver and Canada the bronze.
I even watched the medals ceremony, which I usually didn’t during the broadcasts several weeks ago. This ceremony was different. I couldn’t change the channel. The Canadians each accepted their bronze medals with pride and cheers, and the Russians accepted their silver medals to loud acclaim from the largely Russian crowd. Both teams laughed, cheered and there were tears. Neither team seemed sad at not taking the gold. They had to be disappointed, but they showed pride and joy at their accomplishment. They were medal winners in their Olympics, accomplishing what most could not. They were athletes at the top of their game, each an athlete in every sense of the word.
Then it was the U.S.A.’s turn. Gold medals were hung around each neck, a bouquet of flowers placed in each strong hand. I was mesmerized by their faces beaming with unadulterated joy! They cheered, they “bit” their medals, they laughed, they cried. When the American flag was raised and our national anthem played, hands were over hearts and on their teammates’ shoulders. Every man was singing that anthem. Here I saw heroes that every youngster who has a dream should look up to, faces that should be plastered all over the news. I am so glad I watched this game that I came across while flipping through channels. I saw heroes in action that day. I am proud of each one, Russian and Canadian as well as American. Here was the definition of hero, and I am honored I was able to bear witness to that.
Rose Meeks Jones is a freelance writer and former owner of The Blue Vine in Salisbury.
“My Turn” submissions should be 500-700 words. Send to cverner@salisburypost.com with “My Turn” in the subject line. Include name, address, phone number and a digital photo of yourself if possible.