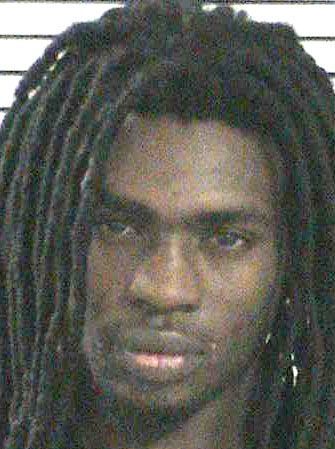 A Statesville couple was arrested late Sunday evening by members of the Statesville Police Department and the Iredell County Sheriff’s Office, charged with transporting more than 170 grams (6 oz.) of heroin into the Statesville area. The couple had been suspected of selling heroin and had been the subject of an ongoing investigation being conducted jointly by both agencies.
The investigation began several weeks ago; both agencies were conducting independent investigations. During an exchange of information, it was discovered that the same individuals were in both agencies’ crosshairs. The Statesville Police Department and the Iredell County Sheriff’s Office combined efforts, developed additional leads, conducted hours of surveillance, and conducted undercover operations. Members of the Statesville Police Department Narcotics unit, Sheriff’s Office Criminal Detective unit, along with the ATF Task Force organized the arrest operation that occurred on Sunday evening.
A search warrant was executed at the couple’s residence in Statesville where Brandon Lamar Adams, 28, was taken into custody on an outstanding warrant. A search of the residence yielded more than 170 grams of heroin valued in excess of $60,000; a firearm, marijuana, and other evidence of criminal activity.
The operation involved members of the Statesville Police Department’s Special Response Team, as well as the Iredell County Sheriff’s Office Sheriff’s Emergency Response Team. Detectives suspect that Adams was a large scale drug trafficker who distributed heroin in Statesville, Iredell County and surrounding areas. Detectives feel that the arrest of Adams will put a dent in heroin distribution in the area. Adams girlfriend, Kayla Latrice Daye 26, of Statesville, was also arrested during the operation.
Both Adams and Daye are being held at the Iredell County Detention Center under a $1.5 million bond each. Both Adams and Daye were charged with trafficking heroin, maintaining a dwelling for the purpose of selling drugs and possession of a firearm by a convicted felon. The investigation is ongoing at this time.