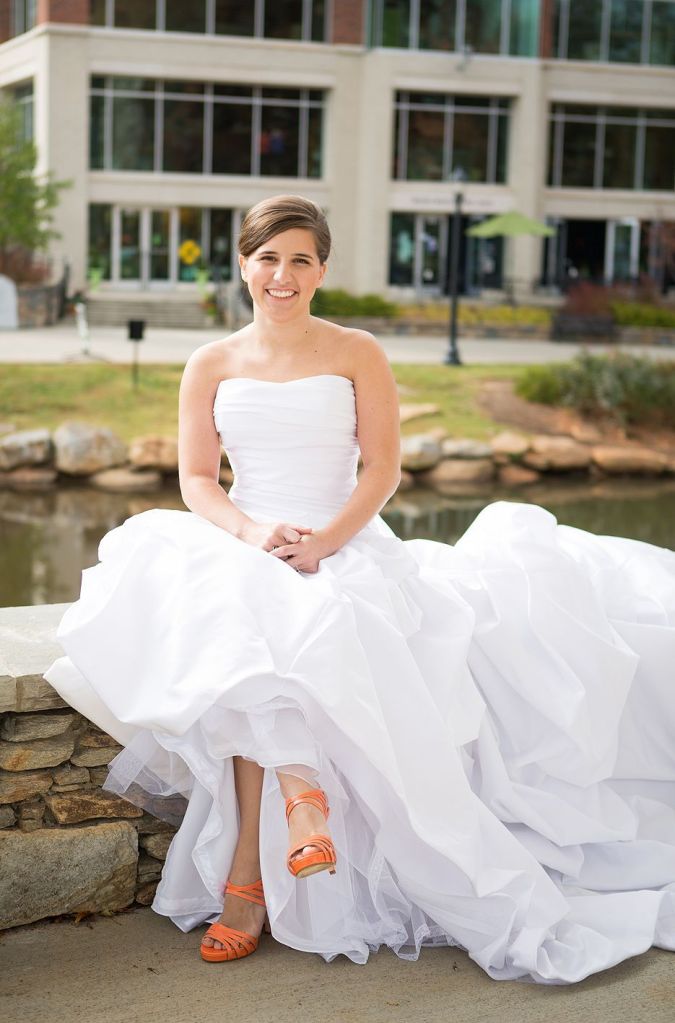 CHARLOTTE — Hannah Britt Thompson and Steven Joshua Honeycutt were united in marriage March 8, 2014, at Myers Park Presbyterian Church. The Rev. Michelle Thomas-Bush officiated the 6 p.m. ceremony, which was followed by a reception at Levine Museum of the New South.
The bride was escorted by her father, Dan Britt Thompson, and attended by her sisters, Maddy Thompson of Clemson, SC, and Reagan Thompson of Lafayette, LA, as maids of honor. Her bridesmaids included Sallie Anna Barton of Clinton, SC; Katherine Chute of Pendleton, SC; Maegan Hinson of Liberty, SC; sister of the groom Jessica Honeycutt of Spencer; and Christina Sturkie of West Columbia, SC.
Steve Honeycutt stood as his son’s best man. Serving as groomsmen were Chris Blackmon of Charlotte, David Hall of Raleigh, Bobby Honeycutt of Salisbury, Jason Ridenhour of Spencer, Zach Temple of Durham and Daryl Turlington of Chapel Hill.
Program attendants were Julia and Kayla Honeycutt of Salisbury.
The bride is the daughter of Mr. and Mrs. Dan Britt Thompson of Lafayette, LA, and the granddaughter of Mrs. Helen Hannah of Calhoun, GA, and Mrs. Mary Lou Thompson of Wake Forest. A 2006 graduate of Mauldin High School, Hannah received Bachelor of Science degrees in Accounting and Financial Management from Clemson University in 2010. She is employed by Bank of America in Charlotte.
The groom is the son of Mr. and Mrs. Steve Honeycutt of Spencer and the grandson of the late Mrs. Judy Long Kluttz, the late Mr. and Mrs. Robert Honeycutt and the late Mr. and Mrs. Coy Long, all of Spencer. A 2006 graduate of North Rowan High School, Josh received Bachelor of Science degrees in Economics and Public Policy from the University of North Carolina in Chapel Hill in 2010. He is employed by McKesson Corporation in Charlotte.
The night prior to the wedding, the parents of the groom hosted a rehearsal dinner and welcome party at the Omni Hotel in Charlotte.
Following a wedding trip to St. Lucia, the couple will make their home in Charlotte.