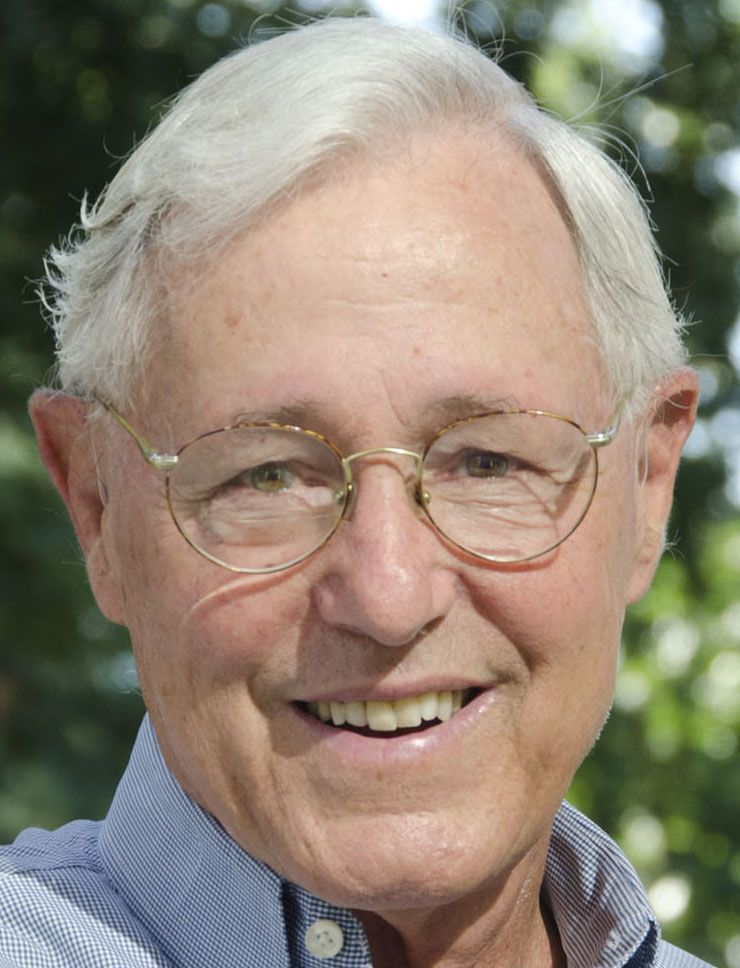 SALISBURY — Get ready to celebrate reading in a whole new way for Rowan County. On April 26, 16 authors, some with very familiar names, will visit Salisbury for the Rowan Reading Rendezvous.

It’s an idea cooked up by readers and writers inspired by a similar program in Lumberton, called Book-em. Rowan Friends of the Library called on Deal Safrit to help coordinate the event. In speaking to April Everett of Rowan Public Library, Dale Basinger, president of the Friends, and Safrit, a book reviewer and retired longtime bookseller, tell how the idea came into being.

Basinger says Edward Norvell, a local attorney and published author, attended the Lumberton festival and suggested how to make it work for Salisbury. Norvell brought the idea to the Friends board in 2012, but the group waited until spring 2013 to run with the idea.

So Basinger asked Safrit early in 2013 if he would help. Safrit said, “I had to think about the offer overnight, because since leaving Literary Bookpost in early 2012, I had led a rather unstructured life and wasn’t certain I wanted to give that up, but my wife Sheila pointed out to me that it wouldn’t hurt to have a little direction where I was going, so I decided to accept Dale’s offer.”

Safrit met with Friends members, then went to the 2013 Lumberton festival, where he thought it was still trying to create an identity for itself with 50 different authors. But he did find some things that would work for Rowan’s festival. He and the local Friends committee decided to limit authors to 12 to 20 for the first year and that the authors would be at least somewhat known for their work, if not nationwide, then at least within the state.

They wanted to invite authors published by known publishing houses as much as possible. Each author could give a 30-minute presentation or reading of his or her work and the rest of the time, the authors would be able to sign books, have one-on-one discussions or small group discussions.

They also decided to focus on fiction writers from the two Carolinas. Safrit said authors are coming from small houses like Winston-Salem’s Press 53 and Hub City in South Carolina up to Random House and St. Martin’s.

The Reading Rendezvous will include a couple of self-published authors who are well know locally, several authors who have made the New York Times Bestseller list and several others who are on active book tours with their new books.

Some authors will spend the entire day, while others will be headed to their next rendezvous.

For Safrit and the Friends, the mission is to expose local and regional authors to readers in Rowan County and beyond by letting them have personal contact and discussion, plus, it’s a fundraiser for the Friends of Rowan Public Library. Safrit wholeheartedly supports the mission of supporting literacy and of allowing readers to meet home-state authors and become fans.

Basinger hopes this will be an annual event and would like to see it expand to include a broader range of genres and authors from a wider area, even though the two Carolinas have a huge group of writers.

“There are a number of challenges to making the first event successful, including convincing authors to participate in our ‘experiment’ and in publicizing the event to a wide audience,” Basinger said.

After this inaugural event, they will look at the timing, to make sure it’s held at the right time of year. The North Carolina Literary Festival will be in Raleigh in early April, and there are events in Atlanta and Washington around the same time of year. The Reading Rendezvous could grow, but that depends on how well it does. If it outgrows the library, rental fees would be one thing to take into consideration.

Anthony Abbott, who has a new book, “Angel Dialogues,” which is not really a collection of poems, but a year in a poet’s life. Abbot is a poet who has taught at Davidson College and was once nominated for a Pulitzer Prize. He will be at Literary Bookpost April 4, 6-8 p.m.

Walter Bennett, author of his first novel, “Leaving Tuscaloosa,” which garnered critical acclaim for its picture of race relations in 1962.

Jon Buchan, author of “Code of the Forest,” a legal drama that takes place in the South Carolina Lowcountry.

Wayne Caldwell, author of “Cataloochee” and “Requiem by Fire,” both tales of the Applachians.

Kurt Corriher, Catawba College professor and local actor and director, author of “Salvation: A Story of Survival” and the triller, “Someone to Kill.”

Ariel Djanikian, of Chapel Hill, with her debut novel, “The Office of Mercy,” about a utopian society and the “Outside.”

John Hart, Salisbury’s own, with four books, a new one on the way and a slew of awards, including two Edgars. His most recent work is “Iron House.”

Holly Goddard Jones, author of “The Next Time You See Me,” one of the 2013 Summer Reading Challenge books.

Jason Mott, author of “The Returned,” so popular, it was almost immediately snapped up by Brad Pitt’s production company, which made “Resurrection” now airing on ABC.

Valerie Nieman, whose most recent book is “Blood Clay.”

Drew Perry, author of “Kids These Days” and “This is Just Exactly Like You,” a best-of-the-year pick from the Atlanta Journal-Constitution.

Susan Tekulve, author of “In the Garden of Stone,” winner of the South Carolina First Novel Prize in 2012.

Susan Woodring, a North Carolina author of the book,”Goliath” as well as other works.

In the coming weeks, look for reviews of some of the books by authors coming to town.