Co-founder of Miss Jenny’s Pickles to speak at Catawba 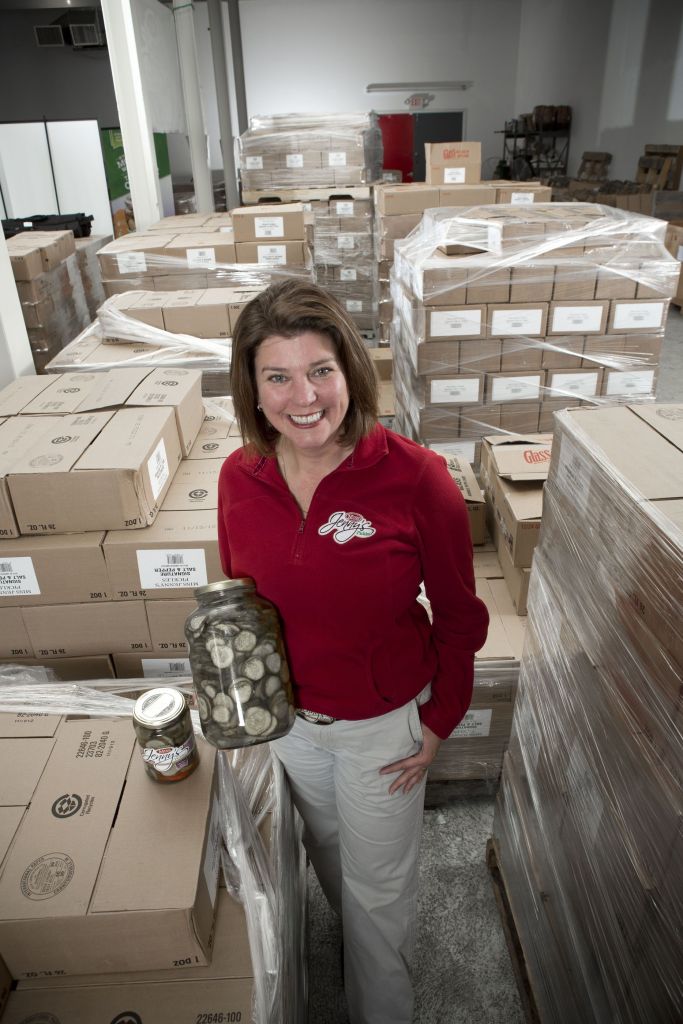 Entrepreneur Jenny Ingram Fulton of Miss Jenny’s Pickles will share her homegrown success story of turning her grandmother’s pickle recipes into a booming North Carolina business at Catawba College’s 11th annual CEO Lecture at 11 a.m. on April 17.
The lecture, which is free and open to the public, is scheduled to be in Hedrick Little Theatre of the Robertson College-Community Center on campus, with a reception to follow in Peeler-Crystal Lounge.
The annual CEO lecture is sponsored by the college’s Ralph W. Ketner School of Business.
Fulton came from humble beginnings and overcame enormous odds to achieve success. Her grandmother “Mamie” took her in and raised her after her father died while she was very young. Under Mamie’s tutelage, Fulton learned to grow cucumbers in the field next to her grandmother’s home and to turn them into pickles.
She moved out of her grandmother’s home after graduating from her mostly minority population high school and started paying her own power bill at age 18. With assistance from a minority scholarship and by working 40 hours a week, she attended night classes and graduated from Winston-Salem State University.
An early secretarial position at First Union National Bank eventually led to Fulton transferring to the investment department and earning her full stock broker’s license. She was named a branch manager/vice president. Her career path took her to Scott & Stringfellow as a financial advisor/vice president and to Morgan Keegan in the same position.
In 2010, when the recession took Fulton’s job, she used the opportunity to turn lemons into lemonade, or more specifically, cucumbers into pickles. She and business partner and former investment assistant Ashlee Furr attended “Pickle School” (actually the Acidified Foods Processing and Packaging Better Process School) at North Carolina State University, and reinvented their careers. Their fledgling pickle business capitalized on Fulton’s roots, her grandmother’s old-fashioned pickle recipes, and their shared penchant for hard work.
The women started their company in Fulton’s church kitchen, soon outgrowing the space and moving to the Winston-Salem YMCA. Fulton used the opportunity to both make pickles and an impact, often bringing impoverished children enrolled in the after-school program into the kitchen to learn about making pickles and starting a business.
At the end of 2010, Miss Jenny’s Pickles were in 50 stores. By 2011, they were in 250 stores and had started exporting to China. By 2012, 900 stores were carrying Miss Jenny’s Pickles, and the awards started rolling in, both professionally in the food industry and personally for work in the community.
By 2013, the success of Miss Jenny’s Pickles had attracted political attention. Fulton was invited to testify in front of a Congressional Subcommittee on behalf of the United States Chamber for exporting and small businesses. In April of the same year, she was invited back to Washington, D.C., to introduce Vice President Joe Biden at the Ex-Im Bank Conference. By mid-2013, Miss Jenny’s Pickles could be found in 1,700 stores.
Fulton has peddled her pickles on the cable shopping network giant QVC eight times. She has participated in the International Food Show in Hong Kong and been a guest speaker at over 50 functions in two years.
Today, Fulton makes her home with husband Bo and daughters Madison and Kennedy in Kernersville.
Fulton will join other notable CEOs who have delivered the keynote address at Catawba’s Distinguished CEO Lectures. Prior speakers have included Louis DeJoy, chief executive officer of New Breed Logistics, Inc.; Jeffrey Kane, former senior vice president in charge of the Charlotte office of the Federal Reserve Bank of Richmond; Bob Ingram, vice chairman pharmaceuticals, GlaxoSmithKline; Ellen Ruff, then president of Duke Energy – Carolinas; Robert Wagner, Lowe’s senior vice president of specialty sales and store operations support; Kelly King, chairman and chief executive officer of BB&T Corporation; Bryan Jordan, president and chief executive officer of First Horizon National Corporation in Memphis, Tenn.; James H. Morgan, chairman, president and chief executive officer of Krispy Kreme Doughnuts, Inc.; Ralph W. Ketner, one of the co-founders of Food Lion and chairman emeritus of the board of Food Lion, Inc.; and Brandi Tysinger-Temple, founder of Lexington-based Lolly Wolly Doodle.