School cafeteria food improving but ‘we’re not there yet’ 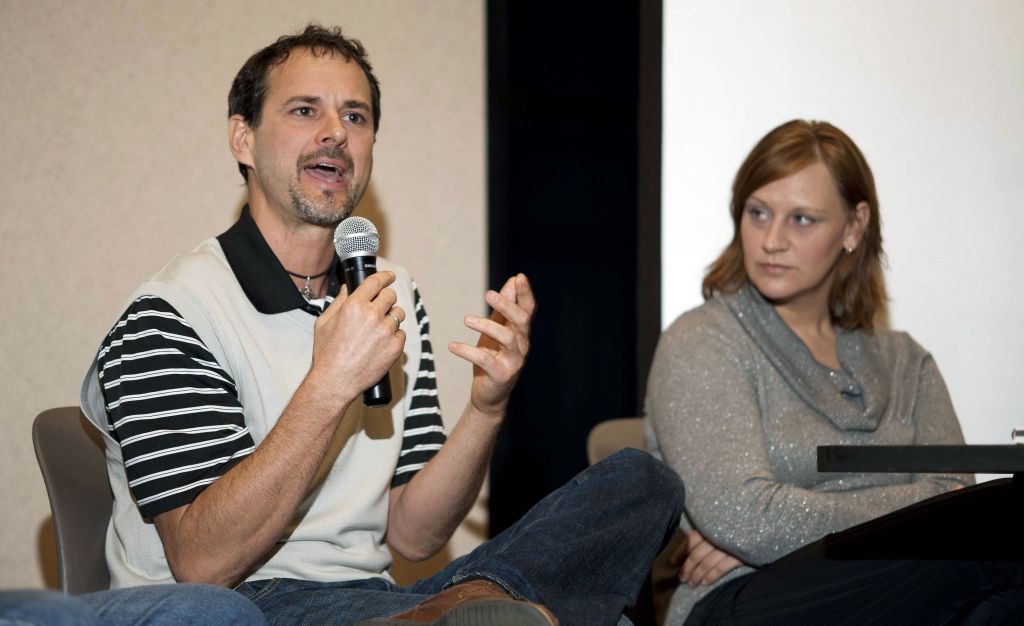 The Center for the Environment at Catawba College hosted a viewing of the documentary “Cafeteria Man” March 18 followed by a panel discussion.
“Cafeteria Man” follows Tony Geraci, the food service director of Baltimore city schools, and his quest to reinvent stale cafeteria lunches with fresh, locally grown food and to prove to everyone that fresh food is the cheaper, better option.
Within three years Geraci transforms the system’s menu, starts a school garden, builds a central school kitchen, and starts programs like “Meatless Mondays.” Geraci also provides students with valuable work experience by offering positions working on the school system’s farm in the summer or helping cook in the school kitchen.
After the film, attendees had the opportunity to question panelists Kim Hurley, the child nutrition specialist for Rowan-Salisbury Schools, and Dr. Chris Magryta of Salisbury Pediatrics.
Hurley said that Rowan schools were not as advanced as the schools seen in the film. “We’re not there yet; I’m going to be honest,” she said.
However, Hurley said there had been progress. The school system currently has a fresh fruits and veggies program that serves fresh produce at least three times a week. All Rowan-Salisbury’s produce, Hurley said, comes from within North Carolina, and the system is currently working on shrinking the miles between the fields and the students’ plates.
While he acknowledged that there was room for improvement, Magryta praised the fresh produce initiative Rowan-Salisbury already has. “Rowan County really got into this very quickly,” he said.
He also added that, contrary to popular belief, what is stopping the school system from really taking off the ground with a fresh food initiative is not picky eaters, but parents and bureaucrats.
“I’ve learned that in schools you have to have patience or you get zero done,” he said.
Magryta said that keeping pre-processed school lunches is ultimately bad for the kids. Without a proper, healthy diet, he said, a child’s health is just playing catch-up.
Hurley said that the system has been making progress, however. When fresh produce isn’t available, the cafeterias use frozen food instead of canned goods – which cuts down on sodium, preservatives and other unwanted additives.
While Rowan-Salisbury Schools don’t offer in-depth cooking classes and opportunities like those seen in the film, Hurley said that it was always possible for parents to request food and nutrition classes be taught at school.
“We have the ability to do that at every school at every grade level,” she said.
Both panelists agreed that if parents want to get involved, the best thing they can do is be aware of the issue and talk. They encouraged attendees to talk to other parents and to get in contact with their congressmen, representatives and governors and alert them to the issue.
“It might be preaching to the choir,” Magryta said, “but the choir can still sing.”
The evening began with a sampling of local food provided by Bread Riot, a local non-profit food advocacy organization that co-sponsored the event. Jared Cates of Connect Our Future gave a short presentation on connecting farmers with larger local markets.
The Center for the Environment at Catawba College was founded in 1996 to provide education and outreach centered on prevalent environmental challenges and to foster community-oriented sustainable solutions that can serve as a model for programs throughout the country. For more information, visit www.CenterForTheEnvironment.org or www.CampaignForCleanAir.org.