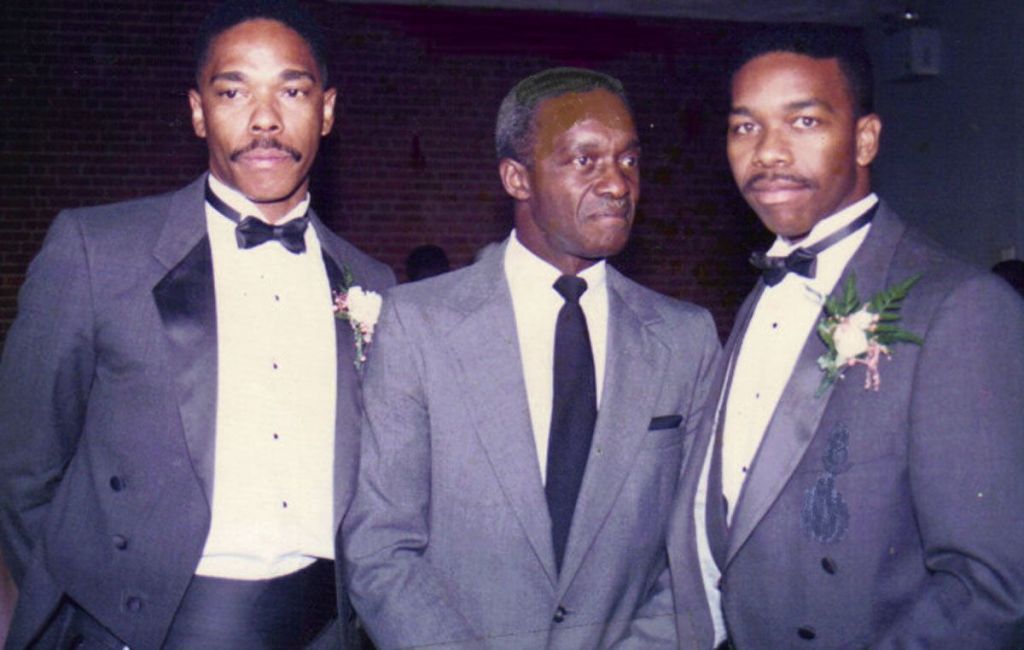 I took my Dad, Rev. William T. Jackson Sr., to the Veteran’s Administration Hospital the other day for an eye exam. When finished, I rolled him out to the car, grabbed his cane and helped him stand. Then he slowly, carefully lowered himself into the passenger seat. Once he was comfortable, I buckled his seatbelt and slowly closed the door. He raised his head to let me know he was ready to go and for a brief moment our eyes met. I stood motionless as a flood of memories cascaded over me.
When I was a child, my Dad seemed to me a superhero — tall, lean, muscular and disciplined. He was a brick mason by trade, a gospel preacher by calling. He started laying brick at Finley High School in Chester, S.C., when he was 16 and continued until he was 76 years old. His skillful work can be seen in buildings throughout the piedmont of North and South Carolina.
He preached his first sermon in April 1951. Since then, he has served as pastor of 12 churches in both Carolinas and won thousands to Christ in a 63-year ministry career. He was dedicated to his craft, always trying to gain more understanding of God’s word. He loved to preach and wanted to be as good a practitioner as possible. He graduated from Hood Theological Seminary in 1972 with the Bachelor of Theology degree; Livingstone College with a Bachelor of Arts degree in 1996; and Shaw University with the Master of Divinity in 2001 at the tender age of 71.
He was a creature of habit. Up at six every morning, breakfast at seven and on the road by 7:30 a.m. He laid brick until 5 p.m., home, bath and in church by 7 p.m. Suit, white shirt and dark tie everyday without exception. The only time I saw him in sneakers was when he had to take a P.E. class at Livingstone College (he loved it ).
There were times in the 1960s and early ’70s when he was the pastor of two churches at the same time, laid bricks for eight hours, went to school, was Pearlena’s husband and father to six very independent children. In the early 1970s, he organized and managed neighborhood softball teams for boys ages 9-13 and 14-18 called the West Horah Street Giants. He never broke a sweat. In the 1990s, he was known to find a vacant lot and preach outdoors to “whosoever.”
When he was in his prime, I would travel with him as he preached revivals in small towns and rural communities. He would pour out his heart to God’s people and never hold anything back. God would use him mightily and I watched his every move. On the way home, I would quiz him on what he preached. He shared insight that made me really want to know Jesus. These private times allowed me to see Superman without his cape, revealing the heart of a shepherd.
Now here we are, eye to eye at the end of his career. That hectic schedule has worn him out. The perfect posture is now stooped over. Those quick steps have been replaced by shuffles and a cane. A voice that once sounded like thunder is now weak and cracking. As I look into his once bright eyes, I thank God for giving my siblings and me a Dad and a Pastor, but I must admit I really do miss that superhero guy.