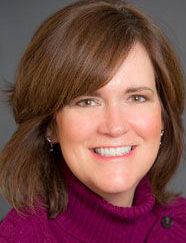 A “cradle to college” educational pipeline is absolutely necessary for neighborhood revitalization, according to Carol R. Naughton, senior vice-president of Purpose Built Communities.
Naughton shared from her experience revitalizing Atlanta’s East Lake neighborhood with local leaders at the Salisbury City Retreat Wednesday.
“You can’t have a healthy and sustainable neighborhood without a healthy and sustainable public school,” she said.
When Naughton first began working to rebuild East Lake, the neighborhood was ridden with crime, extreme poverty, shoddy public housing and soaring unemployment rates.
With the Drew Charter School’s establishment and the demolition and rebuilding of the housing units in East Lake Meadows, crime and unemployment rates have plummeted and graduation rates have drastically risen.
Now, East Lake provides mixed income housing and many families chose to live there rather than other newer and nicer apartments nearby, because they want their children to have priority acceptance into Drew.
Education “sustains revitalization,” Naughton explained.
The change was made possible largely through public-private partnerships, Naughton said.
“Investing in children is where you get your biggest bang for your buck,” she added, stressing the importance of early education.
She said that once adults obtain jobs, it’s hard to help them “up the food chain” beyond entry-level positions. This is why education is so important to breaking the cycle of multigenerational poverty.
In order to effectively help a neighborhood transition out of poverty, a school must have the ability to select its own principal, budget flexibility and partnerships with strategic stakeholders. Continuous evaluation is vital for maintaining a high-quality staff, and a rigorous and flexible curriculum is important as well, Naughton said.
Naughton also spent some time discussing the success of Drew and the advantages of charter schools.
Charter schools are given increased flexibility in exchange for increased accountability, she said.
The schools receive government funding, but are not controlled by the local board of education.
The schools have separate boards that hire principals, who in turn hire all other staff. They also have budget flexibility not enjoyed by traditional public schools.
Charter schools are “nimble,” Naughton said, explaining that these freedoms allow them to make changes more easily, to react more quickly and to be more responsive to the school’s needs.
Drew Charter School has used this freedom to enforce longer school days and a longer school year than traditional public schools in Atlanta, as well as provide Saturday school for students who need additional assistance.
Not all of Drew’s successes are directly linked to its charter school status, however.
The school’s curriculum is based on the STEAM — science, technology, engineering, arts and math — model, rather than the widely popular STEM model that doesn’t put a priority on the arts.
“STEM is really hot and sexy, but I love STEAM more,” Naughton said.
Arts make students smarter, she added.
Drew Charter School also adopted a kindergarten through eighth-grade model, dissolving the line between elementary and middle school students into one school.
This model creates a seamless transition, which keeps many students from dropping out, she said.
Naughton stressed the importance of recruiting and supporting great principals, saying, “Speed of the captain, speed of the crew.”
She also talked about the importance of having clean, nice looking, functioning facilities.
Environment matters, she added. “What your school looks like — what your school feels like — makes a difference.”
Naughton also brought up a new school structure called a “pilot school.” The model is a hybrid between a normal public school and a charter school. The local school board controls the budget and has input on principal selection, but the principal holds the authority to hire and fire employees.
The model provides greater site-based control, she said.
Charlotte-Mecklenburg Schools is trying the new model. Although its effectiveness is yet to be determined, Naughton applauded Charlotte-Mecklenburg for trying something new.
Toward the end of her presentation, Naughton addressed some of the Rowan-Salisbury School System’s weaknesses: 30 percent of third graders read at grade level and only 10 percent of low income students at Salisbury High passed all their end-of-grade tests.
She encouraged city and school leaders to look for ways to improve the system.
“We’ve got to support schools and think of better ways to do things.”
During the question and answer session, Mayor Pro Tem Maggie Blackwell said she had a three-word response to Naughton’s comments about school environment.
“Knox Middle School,” she said.
Naughton threw out several suggestions, including a kindergarten through eighth-grade set up, but also pointed out, “The middle school solution may very well be early learning.”
After the session, Rowan-Salisbury Superintendent Dr. Lynn Moody said many of the things Naughton mentioned about Drew Charter School will be included in the school system’s strategic plan that will be rolled out in May.
She said two of the things that Drew does very well are early intervention and longer school days.
“I’m a firm believer in early intervention,” Moody said.
In response to Naughton’s push for charter schools, Moody said the Rowan-Salisbury School System wants to be a part of the educational solution in Salisbury.
It’s our job to come up with the model where “people pick us by choice. That’s my goal,” Moody said.