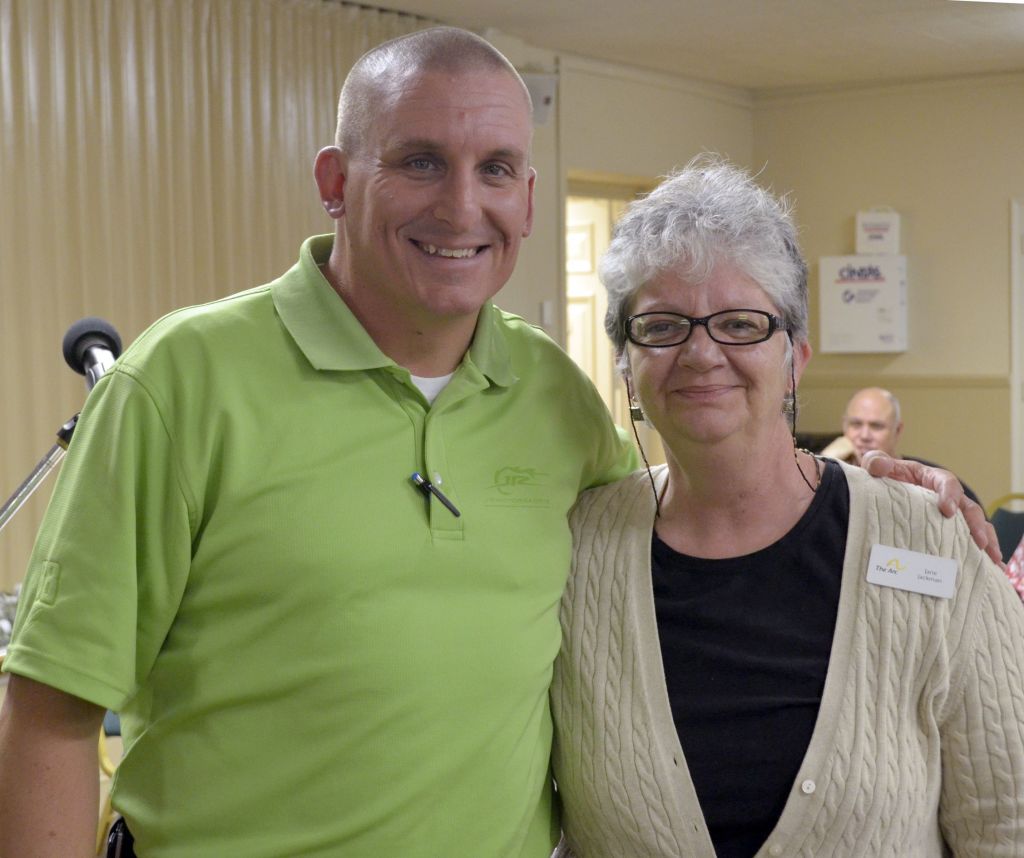 SALISBURY — The story of The Arc of Rowan started in 1954 when a group of parents of intellectually disabled students organized a meeting in the basement of Park Avenue United Methodist Church.
Their children weren’t allowed to attend public schools, so they raised money for a private school and hired the county’s first exceptional children’s teacher.
When she looks back at the history, Jane Jackman said the changes have been profound.
“Sixty years ago, you couldn’t go to school if you had a disability. You were excluded,” said Jackman, who served as the agency’s executive director for 12 years, leaving that post in 2013. Today, Jackman is a community guide — one of the agency’s 10 staff members.
Although the functions of The Arc of Rowan are different from its predecessor, the mission is still the same.
The agency’s 10 regular staff members, as well as the board and the family and friends of clients, continue to serve disabled residents in Rowan County and beyond, in partnership with The Arc of North Carolina.
Thursday, the agency’s annual meeting was a chance to celebrate the changes that have come over time.
In the fellowship hall of First Baptist Church, staff, family members, clients and members of the public talked over refreshments.
Several large scrapbooks of news and photos from years past were on display, and a monitor showed a video highlighting past activities.
More than 50 people attended the event, which was part business meeting, part reminiscence.
“Our agency is just exploding,” said Shela Sapp, executive director of The Arc of Rowan.
According to their statistics, the agency has more than 1,500 clients, Sapp said.
In addition to advocating for people with intellectual or developmental disabilities, Sapp said the agency is involved in a number of outreach and educational efforts.
They include a program in local middle schools that warns of the dangers of drinking alcohol or using drugs while pregnant.
Their partnership with The Arc of North Carolina allows them to serve clients in Cabarrus, Davidson and Stanly counties as well, Sapp said.
At the same time, Sapp said, there are challenges.
“A lot of families are facing funding cuts, a lot are facing reductions in services,” Sapp said.
Although Sapp said the agency receives funds from United Way and from grants, there is a lot of competition for funding in the current economy.
At the same time, she said, The Arc of Rowan is serving more people and making a real difference in the community.
Gary Rhodes, a longtime volunteer and current treasurer of The Arc of Rowan board, attended with his son, David.
Rhodes said when David was reaching school age, schools weren’t required to offer programs for the developmentally disabled.
That changed soon after, Rhodes said, due to action by groups like The Arc of Rowan.
And David went on to attend public school and graduated from East Rowan High School, Rhodes said.
Along the way, Rhodes said, his son learned to read and gained confidence. “We’ve come a long, long way,” Rhodes said.
Sapp said the agency continues to educate through the Summer Day Program, which will begin in June at Landis Elementary and North Rowan High School.
“Last year we had 88 (participants), but we can serve up to 120,” Sapp said.
During the evening’s business meeting, Sapp honored Jackman with a special award for her service, with personal thanks for her guidance and friendship as Sapp took on the role of executive director.
The Civitans were recognized with the 2014 Community Inclusion Award, presented to an organization “building community connections to support and include people with disabilities.”
Dusty and Nancy Collins received the Parent Volunteer of the Year Award, and the Rev. Johnny Boggs of Mount Hope Church was honored with the Community Service Award.
The 2014 Self-Advocate Award was presented to Andrew Stirewalt, recognizing a person with a disability “who has contributed in a distinguished manner in service to the community.”
Penny Cannon received the agency’s Direct Support Professional of the Year award.
Jay Taylor, who teaches the Adult Compensatory Education class at Rowan-Cabarrus Community College, received the Educator of the Year Award.
Carolyn Rogers was named Volunteer of the Year, and Cheryl Marsh received the Distinguished Services Award.
Those who serve people with disabilities
April Morris, a community guide, said the work she does is gratifying.
Asked to name a time that she felt proud to do the work she does, Morris said, “That’s just about every day, to be honest. We try to provide for the participants, but it makes a bigger impact on me sometimes.”
As a parent, Norman Albrecht, president of The Arc of Rowan board, said he was glad to see the work the agency does with families.
“A lot of times, when families have a learning disabled individual, the question is where do I go for services, where do I go for help?” Albrecht said. “We always, then as now, have filled the gap for services for people with disabilities,” Jackman said.