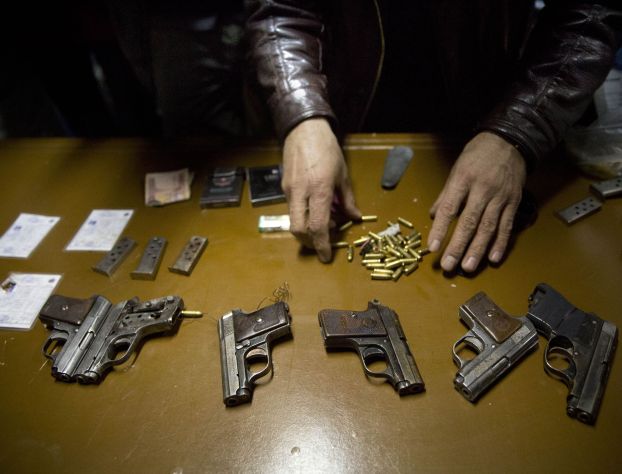 Your daily look at late-breaking news, upcoming events and the stories that will be talked about today:
1. PUTIN: NO NEED FOR FURTHER RETALIATION AGAINST US SANCTIONS

The Russian president spoke after Obama ordered a second round of sanctions targeting about two dozen members of Putin’s inner circle and a major bank supporting them.

Planes flying deep into rough seas have found nothing so far that could be from the missing Malaysian airliner.

The restaurant inside a luxury hotel — considered one of the safest places to stay in Afghanistan — was the scene of a bloody assault that left nine people dead, including four foreigners.

The racial disparities in American education are highlighted in a new report released by the Education Department’s civil rights arm.

The bankrupt exchange says it found them in disused electronic wallets. Another 650,000 still remain unaccounted for.

6. WHO DISCOVERED THE "LOST WORLD"

Outsiders — from fishermen and poachers to developers and tourists — and they’re flocking to the Mergui archipelago in Myanmar where peaceful nomads have lived for centuries.

7. WHERE COPS CAN HAVE LEGAL SEX WITH PROSTITUTES

Honolulu police officers have urged lawmakers to keep an exemption that allows undercover officers to have sex with prostitutes during investigations.

Some believe that the Westboro Baptist Church’s Fred Phelps, who died Wednesday, actually helped the cause of gay rights by serving as such a provocative symbol of intolerance.

9. HOW GOOGLE IS GUARDING AGAINST SPYING

The company has improved the encryption technology for its flagship email service — making it harder for the NSA to intercept messages.

After the tournament’s first afternoon, about 95 percent of people who filled out brackets had missed at least one game.

Rediscover the lost town of Lawrenceville March 29 near Troy

TROY — A “Nature and History Day at the Lost Town of Lawrenceville” will be held from 1-4 p.m. March... read more