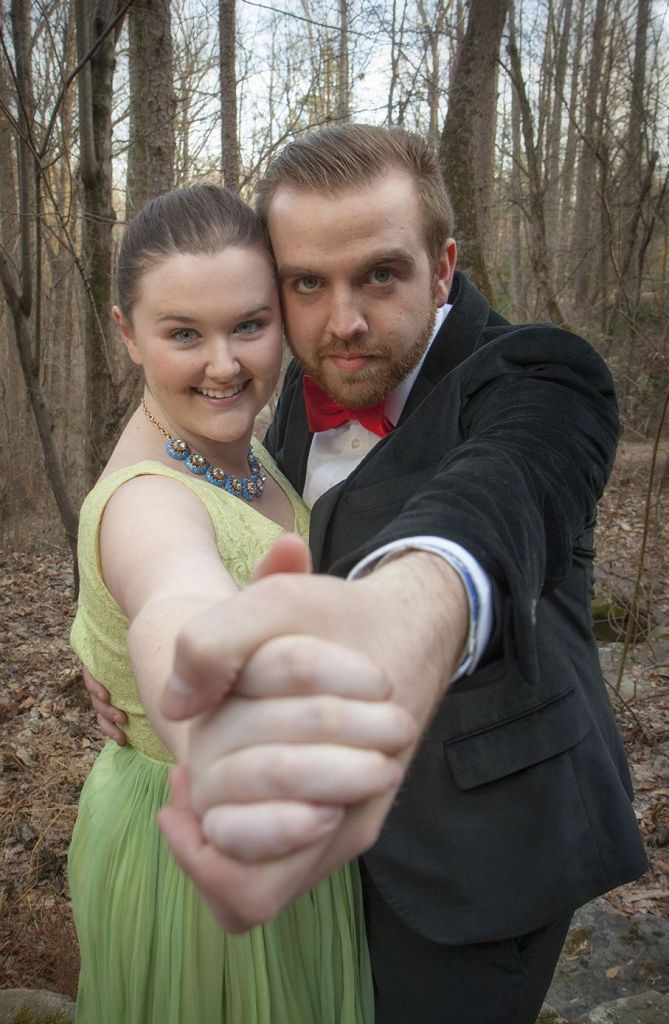 Catawba College’s Theatre Department and The Blue Masque will be performing their version of the world’s longest running musical, “The Fantasticks,” at 7:30 p.m. March 25-29 in the Florence Busby Corriher Theatre on campus. The performance will be directed by senior Theatre Arts Education Major, Allison Andrews of Sherrills Ford.
“The Fantasticks” is a 1960 musical with music by Harvey Schmidt and book and lyrics by Tom Jones. The mysterious El Gallo narrates this allegorical story. It is loosely based on the play, “The Romancers,” by Edmond Rostand which regards two neighboring parents who trick their children, Luisa and Matt, into falling in love by pretending to feud.
The cast includes juniors Ashley O’ Donnell of Rehoboth Beach, Del., as Luisa; Matt Ensley of Concord as Matt; Pen Chance of Augusta, Ga., as El Gallo; Hannah Lee of Fuquay Varina as Henry; and Katlyn Shaw of Mt. Airy as Mortimer; senior Jura Davis of Charlotte as Bellomy; sophmore Morgan Summers of Gastonia as Hucklebea; and freshman Leigh Butler of Savannah, Ga., as the Mute.
The crew includes sophmores Cody Mangum of Concord as Stage Manager and Leanna Hicks of Richmond, Va., as Assistant Stage Manager; senior Tynia Brandon of Charlotte as Choreographer; Professor Craig Kolkebeck as Fight Choreographer; and freshman Mark Highsmith of Waynesville as Fight Captain. The show’s music director is David Hagy, conductor of the Salisbury Symphony. Designers include Tyler Elrod of Davidson as set designer; Summer Eubanks of Panama City Beach, Fla., as costumes/hair and makeup designer; and Lara Williams of Wellington, Fla., and Professor Christopher Zink as lighting designers.
Tickets to “The Fantasticks” are $4 for students and $5 for adults and can be purchased online at www.catawba.edu/theatretix or at the box office on show nights. For more details, call the box office at 704-637-4481.