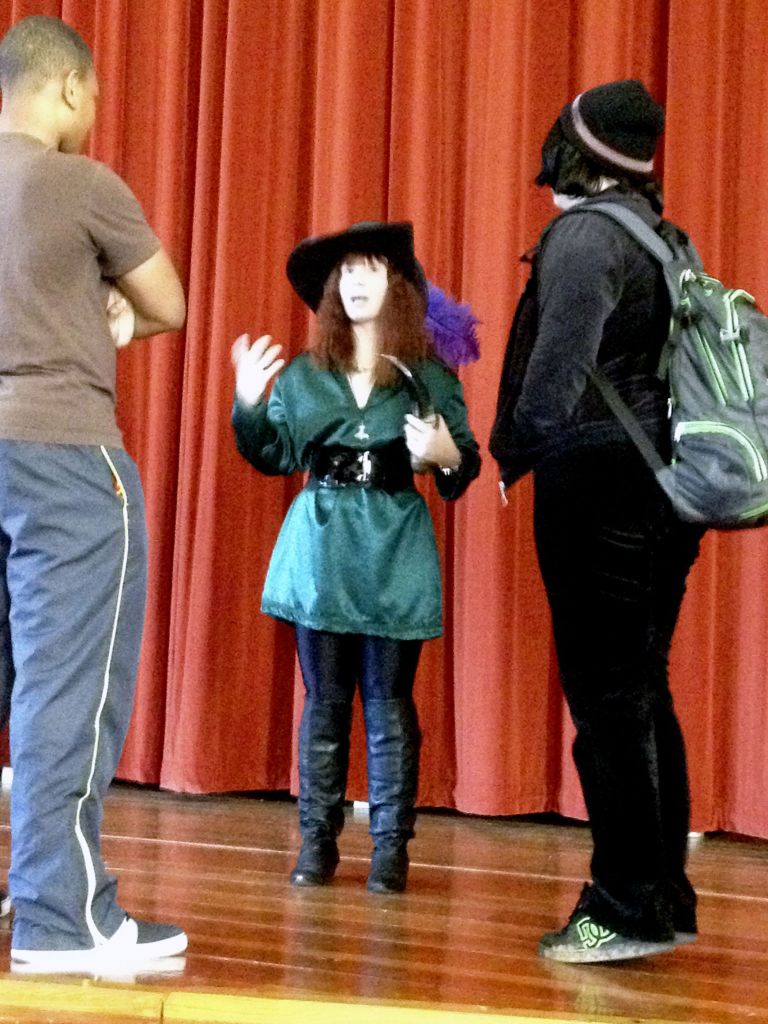 English, history and theater students at Salisbury High School heard about the Middle Ages in a presentation on Thursday, March 13, given by Rowan-Cabarrus Community College professor, Renita Peeler.
Costumed as a traveling bard from the Middle Ages, Peeler gave the students an idea of what it was like to live in the Middle Ages, including the social, historical and cultural contexts of the time.
She featured information about medieval theatre included miracle, mystery and morality plays, which were one of the main teaching tools for the church. Most people could not read and write and the plays were used to teach the stories from Christian and church teachings. They were also popular as entertainment and the whole community participated in their production.
Peeler received her bachelor’s degree at Catawba College and her master’s degree in English at the University of North Carolina at Charlotte with a concentration in Anglo-Saxon and Medieval Literature and Language.