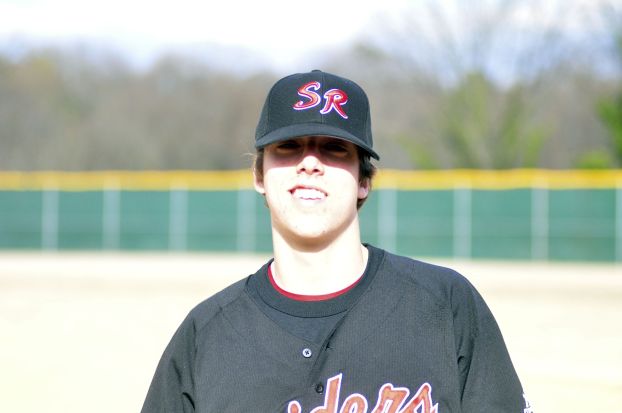 Cox Mill pulls one out against South

LANDIS — It’s one of those baseball games you lose sleep over if you’re on the wrong end.
South Rowan had two golden opportunities to win Thursday’s SPC game with Cox Mill in regulation and was one ball away from winning in the eighth.
Still, South lost 3-1 in nine innings to the visitors, and after starting SPC play 5-0, the Raiders have dropped into a cluster of clubs. West Rowan is 4-1. South, Cox Mill and East Rowan all are 5-2.
“It was a good pitcher’s duel,” South coach Thad Chrismon said. “We struck out too much, but we still gave ourselves a chance to win. They just executed better than us.”
South squandered a brilliant pitching performance by Austin “Bo” Corriher, who struck out 12 and allowed two hits in seven innings.
“We knew Corriher was going to be tough,” Cox Mill coach Brandon Taylor said. “The plan was to try and get him out of there and get to South’s bullpen,”
Cox Mill’s junior lefty Julian Smith was tough on the Raiders. He also lasted seven innings, striking out 10 and walking two.
“He’s pitched four great ones in a row,” Taylor said.
Cox Mill (6-2 overall) got a run in the first. A hit batsman and a two-out walk on a close pitch gave freshman Justin Sponseller a chance to hit, and Corriher made his only mistake. He got a pitch down and in to the lefty hitter, and Sponseller blistered a run-scoring double to right.
South (7-2 overall) had a hard time getting that run back but managed to score in the fourth on a walk, an error, a bunt single by Matt Honeycutt and Eric Stowe’s HBP with the bases loaded.
The bad news for South was the bases remained loaded as Smith struck out the next two hitters.
Corriher mowed down 15 straight Chargers at one point, and South had a chance to win it for him in the sixth when Honeycutt blooped a single and Stowe whacked a one-out double past a diving third baseman.
Peyton Penninger was up next, and the squeeze was on.
Penninger got the bunt down, but South didn’t score. If Honeycutt had it to do it over again, he’d slide, but he came in standing, and Cox Mill third baseman Chris Wright and catcher Garren Freeze made a great play.
“We were anticipating squeeze.” Taylor said. “Our third baseman charged hard, and our catcher made a nice tag.”
Cox Mill should’ve scored in the eighth against South reliever Andrew Fulton, but with runners at second and third and one out, Stowe ran down a long drive to center and Cox Mill failed to tag up.
South had one more chance in its half of the eighth against Sponseller, who had relieved Smith.
Hits by Chase Labb eand Honeycutt and Penninger’s walk loaded the bases with two out. Sponseller fell behind Hunter Travis 3-0 but threw two called strikes and got a swinging strike three.
“I just had to let them hit in that situation, “ Sponseller said. “That strike three was a ball, but I’d gotten back to 3-2 and he was swinging.”
A squeeze bunt in the ninth by Cox Mill’s No. 9 hitter Evan Kern was decisive.
A one-out walk and a hit by Freeze gave the Chargers runners at second and third, and Kern bunted a pitch that was well outside toward first to plate the tiebreaking run.
“I just threw the bat out there,” he said. “I knew I had to make contact, and I was able to get it down.”