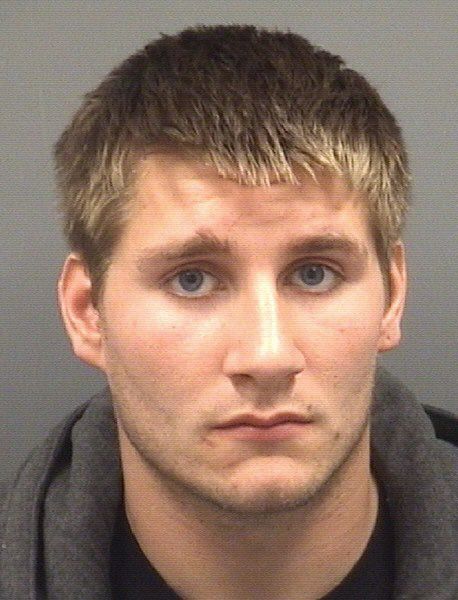 A China Grove man who was convicted of sex offenses and assault after he tossed items off an interstate overpass is accused of pulling a knife on an off-duty officer.
The Rowan County Sheriff’s Office charged Matthew Damion Parham, 22, with misdemeanor assault with a deadly weapon, speeding and following too closely.
Officials say Deputy D.P. Myers was traveling on U.S. 29 with his young child in his personal vehicle when Parham began tailgating the officer’s vehicle. Myers said he recognized Parham and could see Parham in his rearview mirror. The officer sped up to evade Parham, but Parham sped up also, a department report said.
The officer stopped at a traffic light at N.C. 152 and North Main Street where Parham got out of his vehicle. Parham, brandishing a knife, tried to open the deputy’s door, a report said.
Myers pulled out his handgun and informed Parham he was an off-duty officer.
A Concord Police officer happened to be in the area and responded as did a China Grove Police officer.
Parham was issued a $10,000 secured bond.
He is currently on probation for an October conviction for felony indecent liberties with a child and seven counts of misdemeanor assault with a deadly weapon.
Authorities said Parham molested a 13-year-old girl in 2011. A relative of the girl notified authorities after she read about the alleged incidents in a diary. He was charged in 2012, just a month after law enforcement say he threw trash cans and concrete blocks off overpasses at Lentz, Pine Ridge and Daugherty roads on multiple occasions, damaging several cars in the process. He was convicted in 2013 in both cases and afterward was ordered to register as a sex offender.
Officials say Myers is the same officer who arrested Parham during a 2012 incident. He was later convicted of misdemeanor assault on a female a few months following that incident. Law enforcement officials believe Parham recognized Myers while he was following the officer.
Contact reporter Shavonne Potts at 704-797-4253.