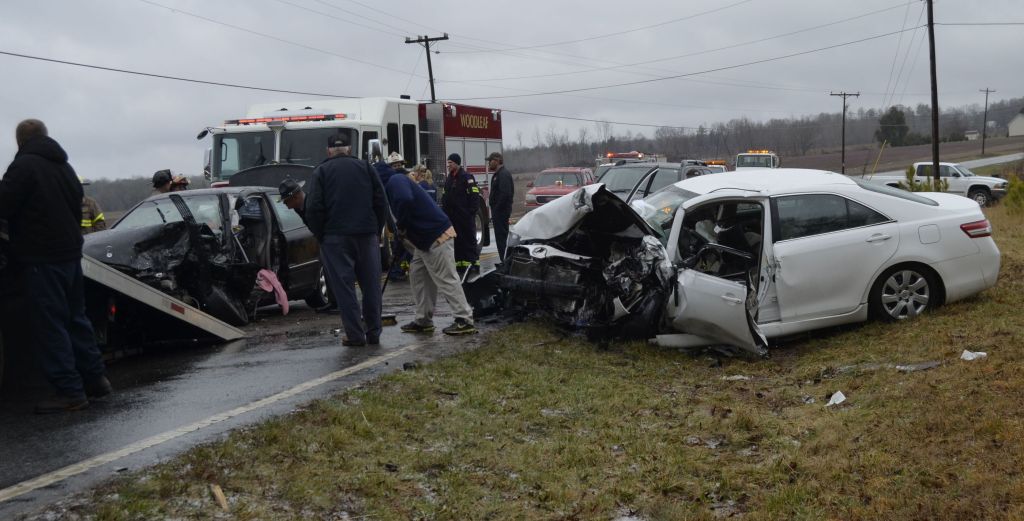 Two children and at least two adults were taken to the hospital today following a head-on collision involving two vehicles traveling on Woodleaf Road, not far from Goodman Park Road. The N.C. Highway Patrol is investigating the wreck, which occurred just a few yards from a single-vehicle crash on the same road. That vehicle overturned near Goodman Trailer Park. The occupants of that vehicle were checked at the scene.
Names and conditions were not immediately available. It is not clear if the weather played a role in the wrecks. A Post reporter could hear a child crying as he was being loaded onto an ambulance. A woman could be heard wailing as emergency responders worked to free her from her car.
The crash occurred sometime after noon at a time when Woodleaf Road had a few icy patches and the temperature hovered around 32 degrees.
In addition to the N.C. Highway Patrol, personnel from Franklin and Woodleaf fire departments also responded as did the Rowan County Rescue Squad, Rowan EMS and Rowan Emergency Services. Check back for more details.