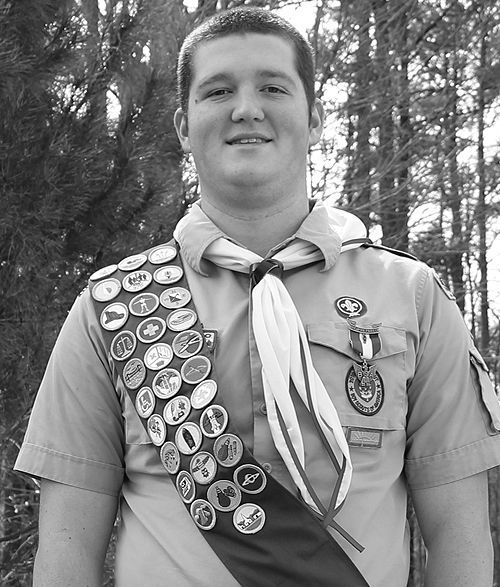 Zachary Martens, 17, of Boy Scout Troop 36, received his Eagle Scout Award Feb. 23, 2014, at First Presbyterian Church, Kannapolis. Scoutmaster John Hammond presented the award.
Zack has earned 32 merit badges, is presently the Senior Patrol Leader and is a member of Order of the Arrow.
For his Eagle project, Zack made outside improvements at First Presbyterian Church in Kannapolis, including some landscaping and painting. He thanks those who supported him with funds and labor, especially his grandmother, Jane, members of Troop 36 and members of the church.
The son of Michael and Cindy Martens of Kannapolis, Zack is a student at A.L. Brown High School.