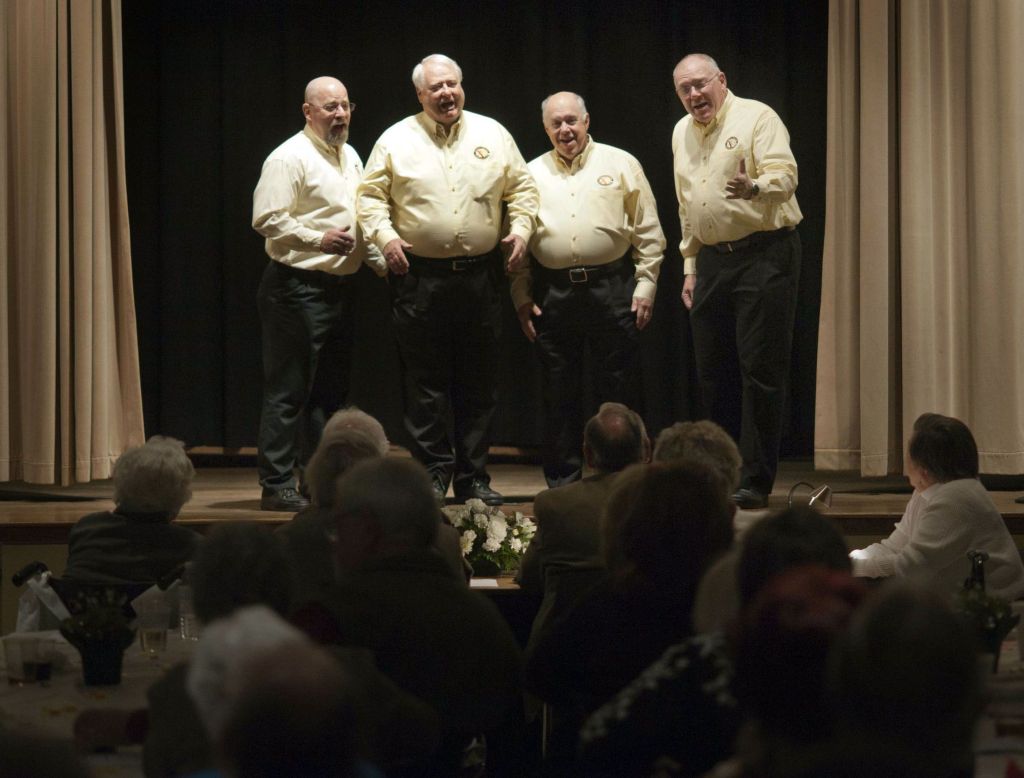 It was probably just coincidence that the Silver Arts festival fell on Friday, but it was appropriate given the raucous bidding over prize-winning pies — and cakes.
For those of you in the audience who aren’t math nerds, Friday was International Pi Day — its mathematical symbol begins 3.14. The Silver Arts folks likely didn’t make that connection, nor did they care.
They were too busy bidding on those delicious German chocolate pies and chocolate meringue pies and lemon meringue pies and red velvet cakes and orange cakes.
“I can’t believe I gave $25 for a lemon meringue pie,” said Wadene Drew of Gold Hill, shaking her head. Truth be told, however, “I would have given them $25 anyway.” The money goes for scholarship funds to buy books at Livingstone College. Those students help Phyllis Loflin-Kluttz, Silver Arts coordinator, with set-up for the competition.
So some good desserts were sold for a good cause. Renita Ritchie played the part of auctioneer, and raised more than $300, she said.
“I can be entertaining,” she said. “After 35 years in parks and recreation, you learn to entertain people.”
That she did.
Friday was also a time for the performing arts segment of the competition, which took place at the Civic Center. Those competing included Bill French, who sang and played guitar; Tim Smith, who danced and played two long-handled wooden spoons, and George Kluttz, who did a comedy routine entitled, “Being a senior is so fun.”
Bless his heart, he walked out with toilet paper trailing a black loafer, and proceeded to pull out notes written on an accordion of paper stretching to the floor.
Part of Kluttz’s routine included a discussion of pink underwear.
“Somebody put something red in the wash,” Kluttz said. “You can usually only bring that up one time.”
A barbershop quartet calling itself “Court of Appeal” will go on to represent Rowan County in the statewide Silver Arts competition. Its members are Richard Franklin, Charles Rose, Carl Stock and Jon Vickers, who combined for several pieces in their trademark close harmonies.
Loflin-Kluttz also made a plug for the Salisbury/Rowan Senior Games competition, coming up April 22-June 8 at locations around the county. Registration deadline is April 1. In particular, she’s recruiting members for the men’s and women’s softball teams.
In the meantime, some of the more than 100 seniors on hand Friday could stroll around the Civic Center and view arts and crafts in numerous categories.
Karen Morgan won first place with a watercolor called “The Munch Bunch,” a depiction of five friendly cows out in the pasture. Ann Miller created an enchanting “Easter Land,” a giant Easter egg made out of icing. The egg had a tiny springtime scene inside, and the piece won first place in sculpture. Janet Isenhour won first place in mixed media with “Breath of Spring,” a breathtaking iris.
Carolyn Blackman continued the floral theme with first place in oil. Her impressionistic piece was entitled, “Plein Air — Godley’s Flowers,” and had lots of interesting colors and textures.
In the woodturning category, Gregory Seaford created a bowl with a multitude of different-colored woods. Bill French was awarded first place in stained glass with a piece he called “Sunrise Sunset.”
“I had done several abstracts for some customers and they wanted a sunrise,” French said. “You never see the gradation between sunrise and sunset with the earth in the center.”
But that’s exactly what he created in stained glass.
“I decided I would show the melding from daylight to dark,” French said, with fantastic results.
He admitted that most of the glass from this piece was gleaned from leftovers from larger pieces of glass.
“I don’t waste glass,” he noted.
He admitted he gives about as many pieces away as he sells.
“I’m not in it to make money,” he said. “I’m in it to have fun.”
His Silver Arts colleagues would likely agree.