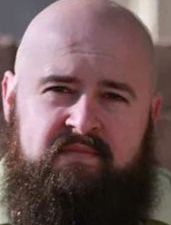 Republican Joel Johnson has made good on his January announcement that he will challenge Democrat Jeff Barger for the incumbent’s seat as clerk of superior court.
Johnson, 33, is a former Rowan County deputy and now working as a software support specialist at SunGard Public Sector.
A Rowan County native, Johnson began a career in law enforcement at Salisbury Police Department where he served as a patrol officer and a police canine handler.
After his time in city law enforcement, Johnson moved to serve as a deputy with the Rowan County Sheriff’s Office.
“Serving nearly a decade as a full-time law enforcement officer, I met many of our fine citizens. I was also, by the very nature of my career, very active in our court system,” Johnson said in a prepared release. “I was able to see firsthand how the court system operated, and I have been able to see just how easily things could be adjusted to make our court system more accessible for our county residents.”
The office can be very confusing for citizens when it comes to handling the estates of loved ones or seeking justice for civil wrongs, Johnson said.
“I am asking the voters of Rowan County to cast their votes for me on election day, knowing that I will do everything in my power and within the bounds of the law to make this office more accessible to them and much easier to navigate,” Johnson said.
Johnson was among nine candidates who ran for county commissioner in the 2012 GOP primary; the eventual nominees were Craig Pierce and Mike Caskey.
Johnson has served as a commissioner on the Rowan County Industrial Facilities and Pollution Control Finance Authority, a board member and treasurer of the Rowan County Peace Officers Association, and charter member and trustee of the Fraternal Order of Police Salisbury-Rowan Lodge No. 87.
Johnson is facing Sandy Yon and Jason Foster in the Republican primary.