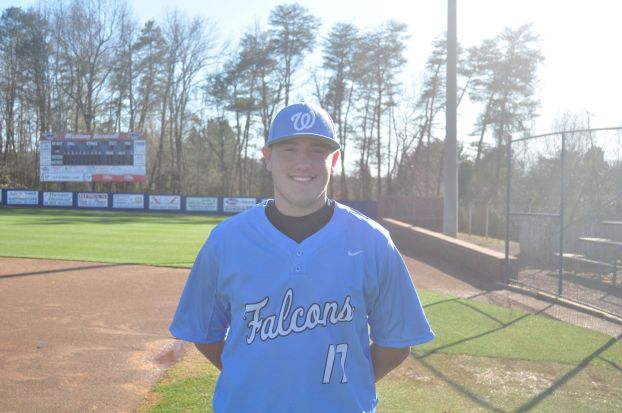 LANDIS — Splits are bad if you’re talking bowling, but they’re good if you’re talking stocks or bananas.
Whether baseball splits are good or not depends on the eye of the beholder, but neither West Rowan nor South Rowan (6-1, 5-1) could complain much about this one.
West felt good Friday because it won 4-1 at South behind Michael Ball to avenge Tuesday’s 3-2 home loss to the Raiders.
South coach Thad Chrismon didn’t like how his team kicked it around, but he couldn’t really fuss about splitting with a West club that should sweep some SPC teams. West (4-2, 3-1) has three experienced pitchers who teamed for 12 wins in 2013, and that’s three more veteran hurlers than South has.
Ball (3-0), who tied East’s Connor Johnson for the county lead in wins, earned the 16th of his career.
His location was sharp, and he took a shutout into the seventh. He struck out five while allowing four hits and few hard-hit outs.
“Give a lot of credit to my catcher (Michael Pinkston),” Ball said. “He knows South’s hitters and knew exactly where to pitch everybody. He’s the best pitch-caller around.”
Ball had no trouble pitching around West’s only error.
“Michael gave us a great effort and we played a solid game behind him,” West coach Chad Parker said. “You ask your pitcher to let his defense work for him, and that’s exactly what he did. That was a solid performance. That’s the way I envisioned us playing when this season started.”
When the season started, no one envisioned South jumping out of the gate 6-0, but it happened — with six different pitchers winning. The last time South started a season 6-0 was in 2008 when the Raiders had Blake Houston, Ryan Bostian and Maverick Miles, among others, but that team ran into East’s Corbin Shive in Game No. 7 and got shut out.
Running into Ball wasn no fun either.
Burke Fulcher (1-1) didn’t pitch badly for South, but West broke through in the third when South’s defense broke down. Harrison Baucom reached on an error, and when Jeremy Simpson bunted toward the mound on a sacrifice attempt, Fulcher fired the ball into center field.
When Nick Collins’ tapper was unplayable, West had the bases full with none out for Juan Garcia.
Garcia makes contact, and his sac fly made it 1-0.
“I haven’t struck out yet this year,” Garcia said. “I just wanted to support Ball because he was pitching a great game. I did my job and got the run in.”
A wild pitch scored another run in the third, and Ball belted a solo homer — the first of his varsity career — to push West’s lead to 3-0 in the fourth.
Baucom’s sixth-inning bunt scored Noah Teeter with West’s final run. Andrew Fulton relieved and got South of that jam.
Ball got defensive help from a 6-4-3 double play in the sixth that shortstop Omar Bautista started smoothly and second baseman Teeter turned beautifully.
“A very good double play and a very timely one,” Parker said.
South got a run against a cramping Ball in the seventh on singles by Matt Honeycutt and Austin Corriher, a balk and Peyton Penninger’s sac fly. But a strikeout and routine flyball to Collins in center field ended the game.
“I had to fight for it, but I really wanted to finish it,” Ball said. “The team played a heck of a game.”
Chrismon didn’t argue that point.
“We didn’t play well enough to win,” he said. “We pitched it well enough to have a chance, but we just didn’t do the job behind our pitchers. We allowed some mistakes to snowball.”
Despite the avalanche of errors, South’s highlights were defensive. Honeycutt pegged out two basestealers, while right fielder Tyler Fuller gunned down another Falcon at the plate.
West has two games with Carson next week, while South, still in first place, faces Cox Mill twice.

GREENSBORO — The foundation of Pittsburgh’s NCAA tournament resume has been its lack of bad losses. The Panthers weren’t about... read more