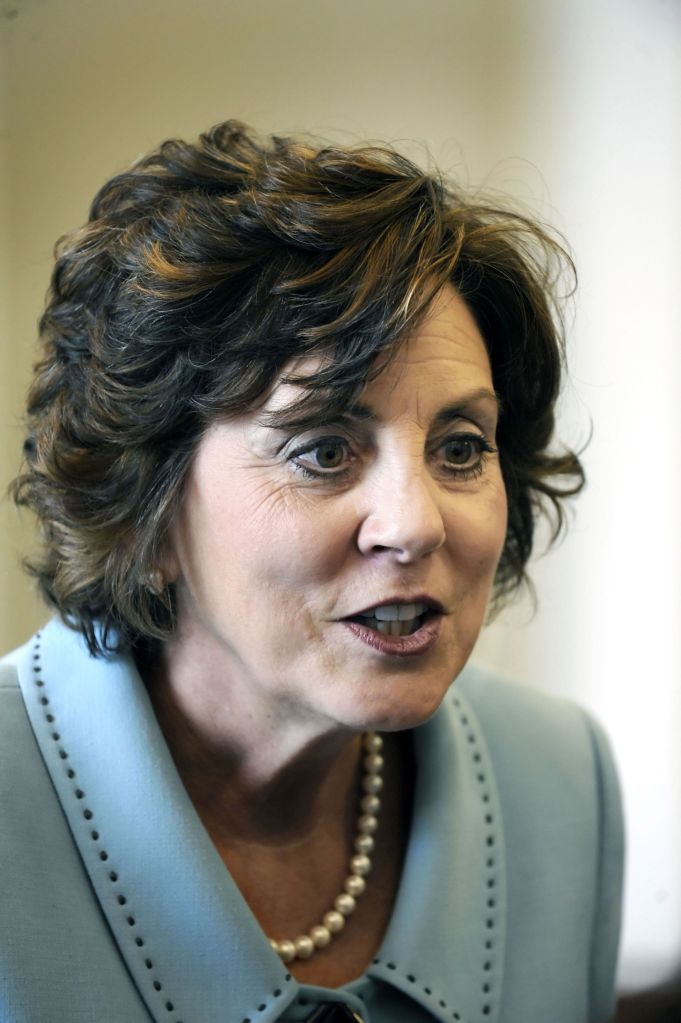 Many people questioned Superintendent Dr. Lynn Moody’s decision to not cancel classes due to icy roads Friday morning, but some said their confusion was compounded by the fact that several schools in the district were without power.
Alan Daniels said he received a Connect-ED message from Knollwood Elementary School Principal Shonda Hairston at 6:59 a.m. asking parents to dress their children warmly because the school’s power was out.
Daniels opted to keep his fifth-grade daughter at home.
While he didn’t entirely understand Moody’s call for schools to operate on a normal schedule Friday, he said he understands that it was a difficult decision to make at the time she had to make it.
“I kind of see her point,” he said.
What he doesn’t understand is why Knollwood would expect students to come to a building with no heat, power or a way to make the students’ lunches.
“Sometimes the parents just have to be the one to make the final decision and override the school. That’s what I do,” he said.
The principal said power was on “first thing this morning,” but workers later reported it out. It was restored around 1 p.m.
The school system’s Child Nutrition Services provided sandwiches for students instead of the regular hot lunch.
“The teachers and students were amazing,” Hairston said.
Faith, Granite Quarry, Hurley and Morgan elementary schools, as well as West Rowan and China Grove middle schools, had partial or complete power outages Friday, according to Rowan-Salisbury School System Public Information Officer Rita Foil.
Power was restored at Knollwood and Granite Quarry at some point during the day.
Foil didn’t know if or when power had been restored at the other schools.
Many parents opted to pick up their children when they found out about power outages. Those who were tardy, absent or took an early pick-up were counted as excused. In addition, all afternoon activities were canceled.
Friday morning was a “worst case scenario,” Moody said.
Foil said that it’s not uncommon to have a power outage and the decision to cancel class because of them is “situational.”
“You really have to look at lots of different variables,” she added.
When an outage is reported, Rowan-Salisbury maintenance staff goes out to the site and the energy company is notified. Typically, the energy company makes schools a priority, since students are affected, but it’s difficult to know how long an outage will last, Foil said.
“I regret that the safety of any of our students or staff was ever at risk. And I’m certainly very grateful that they all arrived safely,” Moody said in a statement she released to teachers and staff Friday afternoon.
Foil said making scheduling decisions based on inclement weather is very “complex” and “difficult.”
Moody sifts through many resources to make the final decision, Foil said.
School transportation employees drive on roads throughout the county and specifically check the five areas that typically have the worst weather.
Moody also consults with other superintendents in the surrounding areas, as well as looks at the National Weather Service’s predictions.
“At 5 a.m. this morning, when I had to make the decision, the roads were not icy and the forecast was for temperatures to rise throughout the day,” Moody said in her statement.
“Around 6:30 this morning, when it became obvious that ice was accumulating, it would have been more dangerous to turn the buses around,” she continued.
According to Foil, it takes approximately three hours for a bus to complete a route because buses are shared between schools and pick up multiple loads of students.
In a conference call with county emergency services leaders Friday afternoon, Moody said, “Obviously it wasn’t the best decision, but at that point our buses had been on the road for about an hour.”
“If we had a crystal ball we could look in,” Foil said, “it would make things much easier.”
The driver and three students on their way to West Rowan High School were on a school bus Friday morning when it slid down an embankment at Majolica and Sherrills Ford roads. The bus hit a natural gas main. No one was injured and the leak was contained.
Foil said at least one other bus was involved in a minor incident.
The bus slid onto the shoulder of a road, but was able to get back on the road.
Moody decided to dismiss at the regular time, because she felt it would be the safest time for students to travel home.
“I am grateful to all our students and staff who have worked hard to make the best of out this day. I am also honored to work with a team of professionals who can think quickly and make the best of any situation,” Moody said.