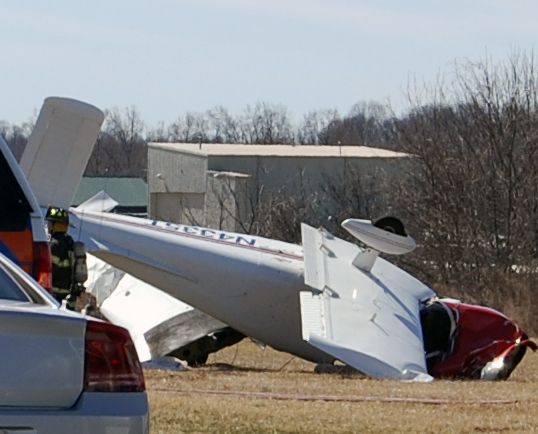 A flight instructor and trainee were injured when 1971 Piper 140 aircraft crashed during landing at the Rowan County Airport around noon today.
“The plane was in the process of landing. Something occurred that caused the plane to veer off the runway, and once it veered off the runway – off the pavement – it crashed,” said Rowan County Emergency Services Director Frank Thomason.
The crash happened adjacent to the main airport runway.
“The information just isn’t conclusive at this point to say exactly what caused the crash,” he said, adding, “There’s a lot of factors.”
Both the instructor, Randy Fleming, and student, Vibra Chanera, sustained non-critical, non-life threatening injuries and were taken to Novant Health Rowan Medical Center by EMS, then transferred to N.C. Baptist Hospital for precautionary measures, according to Thomason.
The aircraft belongs to Richard Franklin of Salisbury.