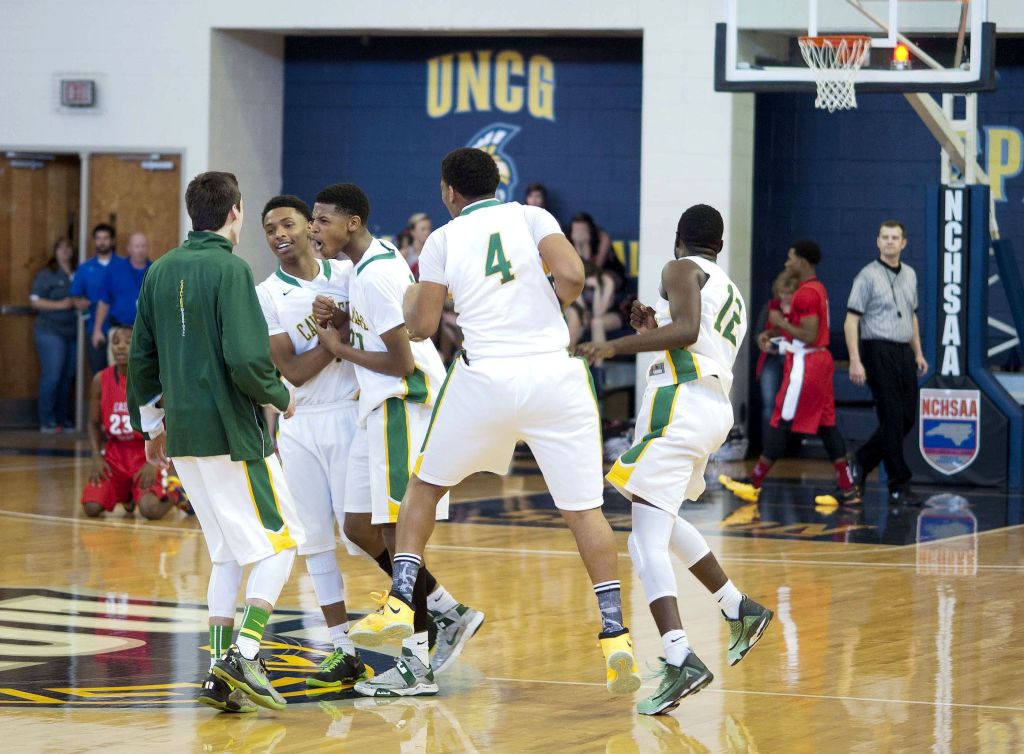 North Rowan’s boys basketball team defeated East Rutherford 58-55 Saturday in the 2A West region semifinal at Fleming Gym.
Senior Michael Connor scored 22 second-half points to lead his team from behind in a thrilling come-from-behind win to advance to the 2A final four. The Cavaliers will play Smoky Mountain Sunday at 2 p.m. for the right to play Kinston for the state championship.
North trailed 20-9 in the first half and never led until Michael Bowman’s jumper with about 25 seconds left. Jalen Sanders got a steal and a layup for the final tally.
See Sunday’s Post for stories and photos from Saturday’s action.