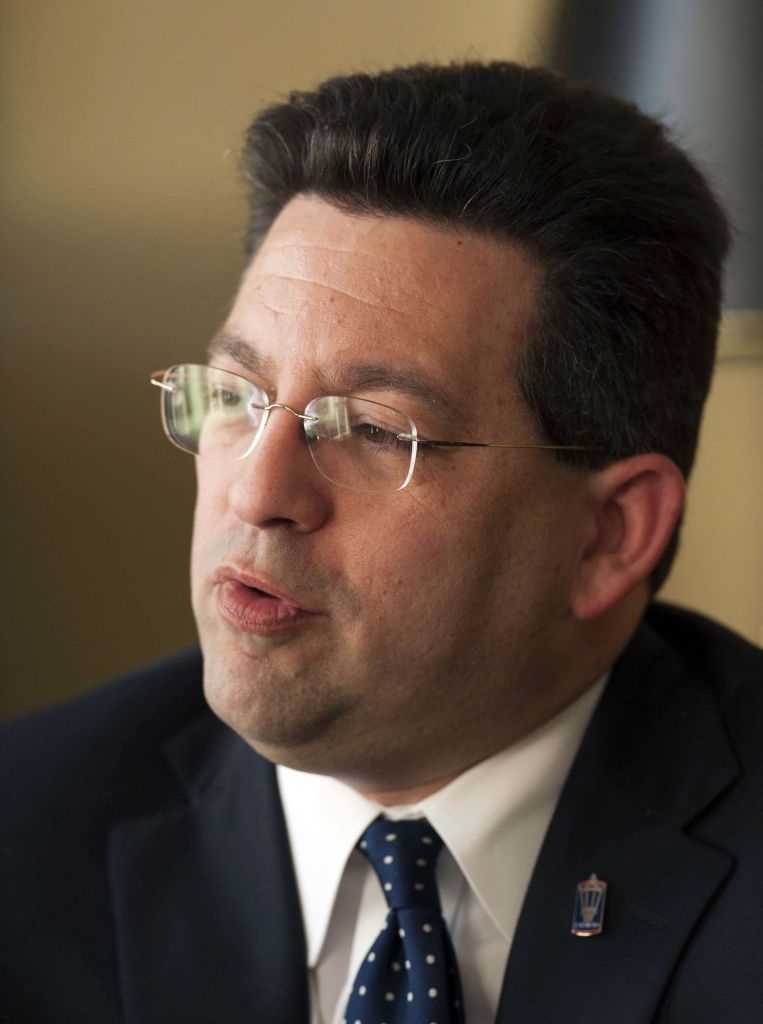 SALISBURY — The first time Brien Lewis drove to Catawba College, he was halfway through the campus before he realized he had arrived.
Now president of Catawba, Lewis has added banners, beefed up crosswalks and made other changes to help establish a sense of arrival at the campus. As part of Catawba’s strategic plan, the college will increasingly focus on health and sciences because two hospitals are less than a mile away, as well as sports communication because the National Sportcasters and Sportswriters Association is now located on campus, Lewis said.
At Thursday’s community forum, Lewis said Rowan County needs to do the same thing. Identify assets that already exist and promote them, he said.
Lewis delivered “A Newcomer’s View” to more than 200 people who turned out for the first county-wide visioning process at the F&M Trolley Barn. The forum included breakout sessions, an inventory of community assets and inspiration from other small cities and counties as delivered by Ed McMahon, senior resident fellow at the Urban Land Institute in Washington, D.C.
As participants searched for something to make Salisbury and Rowan County stand out, Lewis pointed to four higher education institutions — Catawba, Livingstone, Rowan-Cabarrus Community College and Hood Theological Seminary. But unless visitors happen to see a few little green signs, they would never know all four colleges are located in Salisbury, he said.
“There was nothing that drew you in to let you know that this is a college town, this is a vibrant education community,” Lewis said.
Lewis said many people share his sense of opportunity for raising Salisbury’s profile as an education center, “perhaps branding ourselves in some way.” Salisbury and Rowan have other assets that can attract jobs and new businesses, he said.
“I wasn’t prepared for what I found here,” Lewis said of his first visit. “There are remarkable cultural opportunities.”
Salisbury has more theater seats and productions per capita than Toronto, as well as Waterworks and the Salisbury Symphony. Rowan has a fascinating history that has been “lovingly restored and maintained, not just the places but the stories,” Lewis said.
And Salisbury-Rowan is the most philanthropic community he’s ever lived in, he said.
Rowan County has recovered 45 percent of the jobs lost between 2007 and 2009, and taxable sales increased from $74.2 million in 2012 to $83 million in 2013. Average home prices are up, the number of building permits are up and the value of those permits are up.
“There is a real palpable sense of opportunity,” Lewis said.
He pointed to Integro Technology’s new $3.2 million headquarters downtown, as well as the resurgence of textile manufacturing jobs as positive signs that Rowan’s economy is recovering. The community still has many challenges, including luring investment and strengthening the public schools.
“We can’t attract business and investment if they don’t think this is a community where their children can flourish,” he said.
The community must decide key priorities and not become bogged down by other issues, Lewis said. Sometimes leaders have acted like middle school students gossiping in the cafeteria, he said.
“We have been paralyzed in some ways by distractions,” he said. “On a couple occasions, I’ve had to shake my head and say, ‘Really?’ “
There is too much opportunity in Rowan County for people to become sidetracked, Lewis said.
“I’ve never been happier in a community than I have in last two years here,” he said. “I’ve never encountered people more willing to give of themselves to help others and move their community forward.”
Contact reporter Emily Ford at 704-797-4264.