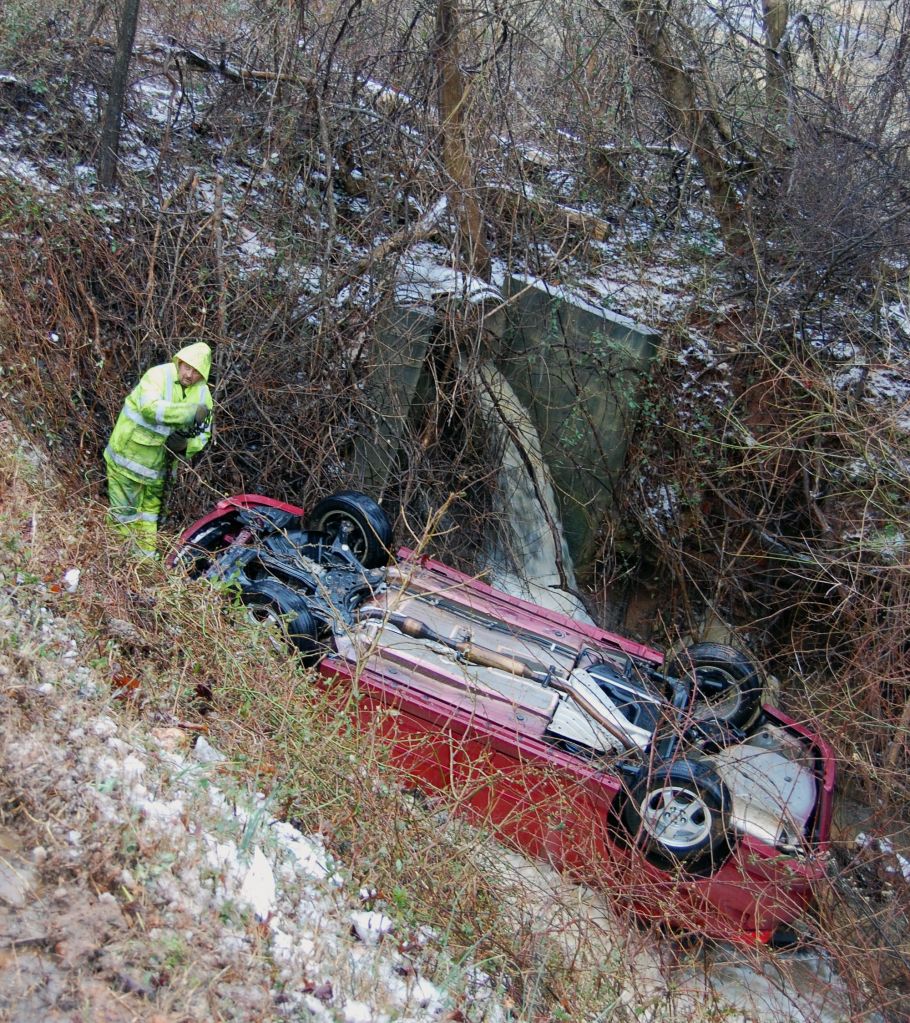 A car overturned when it slid off Jake Alexander Boulevard into a creek Friday morning .
According to Salisbury MPO Matt Benjamin, a man in his 30s or 40s was driving down a hill on Jake Alexander Boulevard North toward Sacred Heart Catholic School and Isenberg Elementary School between 10 and 10:15 a.m. when he started to slide. He tapped his breaks, but continued to slide onto the shoulder of the road, then slid down an embankment into Jump and Run Branch.
The car landed upside down in the creek and the driver was trapped, but was freed by emergency workers.
The man, whose name police did not know, was taken to the hospital with minor injuries. No charges were filed.