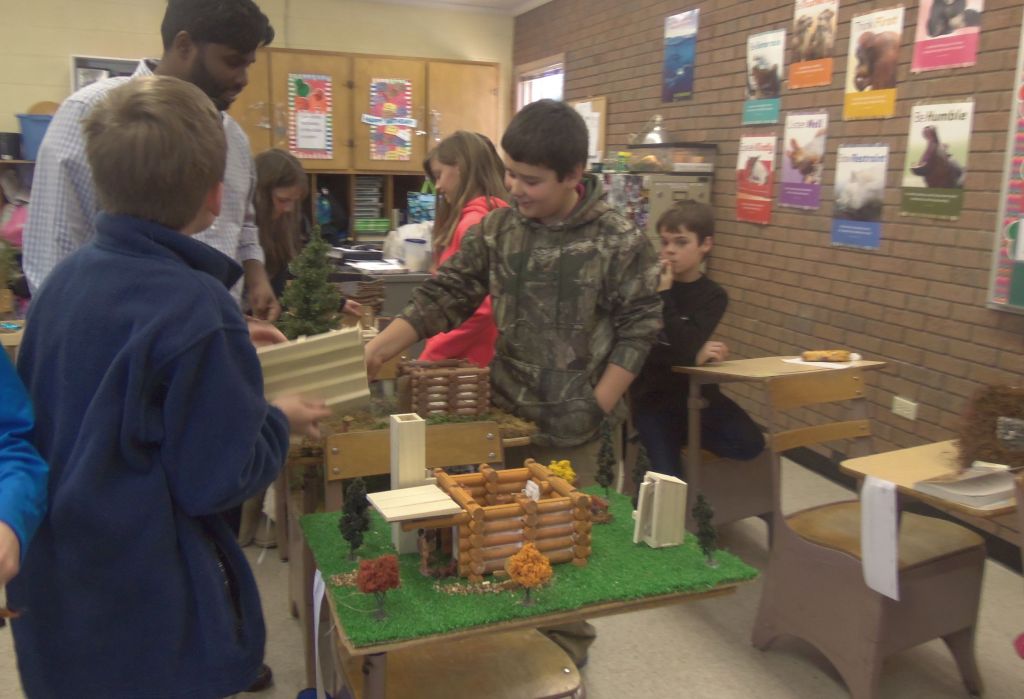 North Hills Christian School fifth-graders built log cabin replicas to coincide with their unit on the book “Sign of the Beaver.”
Students in Leslie Hunsucker’s and Prabu Gupta’s classes read the book by Elizabeth George Speare, which tells the story of a boy and his father who move to Maine and build a log cabin together. In order to bring the story to life and allow the students creative expression, each student was asked to build their own log cabin replica. Students were given parameters and a few specific requirements, but beyond that, they could use their imagination to complete the project.
The students had six weeks to put their cabins together and many used a variety creative techniques. Thirty versions of the log cabin were submitted.
Melanie Long used flour and tea to make the chinking, or filler, that goes between the logs. Her fireplace and chimney were constructed using small stones. To create the landscaping around her cabin, Ashley Mays used moss from her own backyard. Aydan Patterson used Swedish fish in his Play-Doh river, and Elisabeth Houghton made her river out of blue hair gel. Each student’s individuality came through in this project.
The cabins are on display at the main branch of the Rowan Public Library during February.