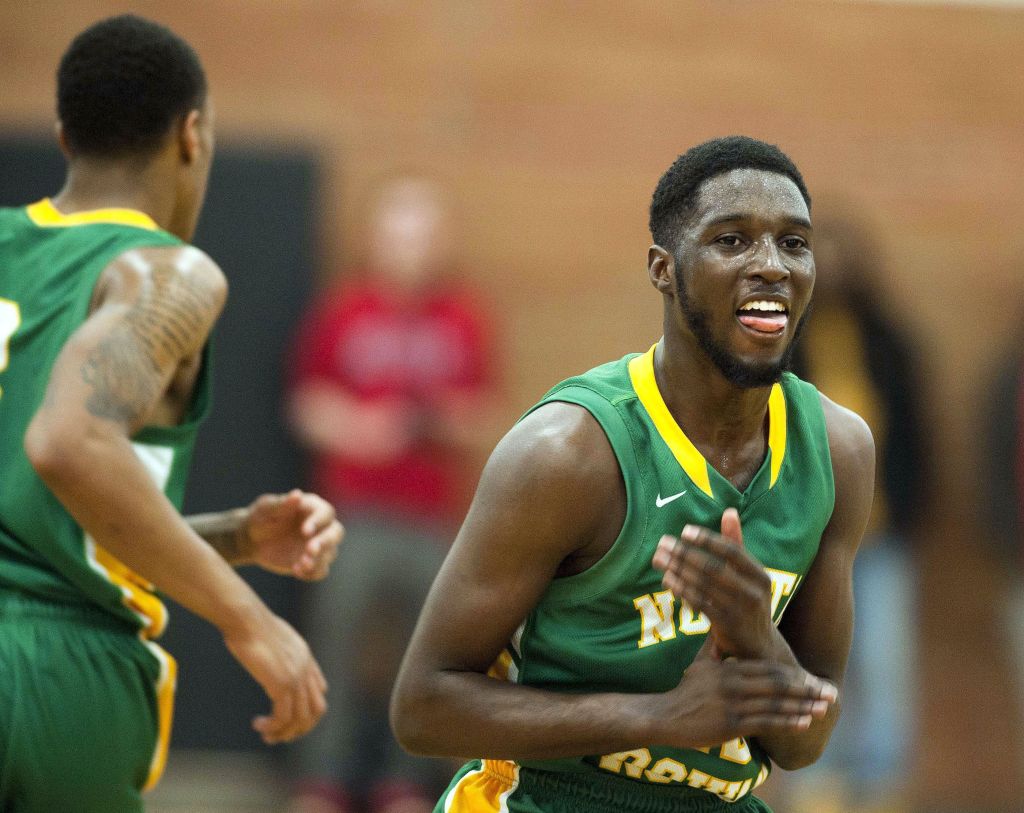 It was a good year in 2011 for North Rowan basketball as Andrew Mitchell led his alma mater to a its first state championship in 25 years. It was also a championship season for East Rutherford and the road went through Rowan County.
Rowan fans may remember these Cavaliers, the ones that hit seven 3-pointers in the third quarter against Salisbury in the regional semifinal, from three years back. It was a game the Hornets led 44-29 in the second half before a barrage of treys turned things around at the Greensboro Coliseum Special Events Center.
East coach Brad LeVine, nicknamed ‘The Bull’ from his football-playing days at East Tennessee State, is a good friend of longtime West coach Mike Gurley. LeVine remembers coaching the East-West All-Star Game with Gurley a few years back and knows the county’s penchant for good teams. LeVine is a legion baseball umpire and has called many a game at Newman Park.
“The Salisbury area’s known for sports,” said LeVine. “It’s not just one sport. It’s everything. They’ve got good athletes.”
North’s Michael Bowman and Dalton Nelson have played AAU ball with Devonte Boykins and Travis Waldroup-Rodriguez and had high praise for the East duo.
“They’ve got two really good players and some nice role players,” North coach Andrew Mitchell said. “They’re going to be tough. We’ll have our hands full but I think our guys are up to the challenge.”
Tonight’s tipoff is set for 8:30 at Fleming Gym at UNC Greensboro. Last year, North played at Fleming in the 1A regional, falling to Winston-Salem Prep in double overtime. North (19-5) is the higher seed and will wear home uniforms. East (21-5) beat Wilkes Central, West Stokes and Forest Hills to reach the final. NR has won nine straight since a CCC loss to Lexington last month.
“We have to rebound,” Mitchell said. “We’ve been outrebounded a game or two with our guys. East really gets up and down the floor.”
•

While East has blown out two of its playoff opponents, North has already run the playoff gauntlet in facing the No. 5 (East Lincoln) and No. 1 (Shelby) teams in the state. The Cavs were a Gabe DeVoe free throw away from losing to the Golden Lions last Friday. With North up 1 with 0.5 seconds left in the game, DeVoe was fouled and made the first free throw of a 1-and-1 situation to tie it. The second one rimmed out and North lived to see overtime.
“It just seems like destiny,” Mitchell said. “I still had faith that something would work out and we would win the game. We’re just blessed.”
East plays in Shelby’s conference, the South Mountain, and went 0-2 against the Golden Lions during the regular season.
“It really means absolutely nothing that Shelby beat them twice,” Mitchell said. “We still have to play really well to beat this team.”
Waldroup-Rodriguez is a 6-foot-6 post player that averages 21 points a game and Boykins has signed to play at Georgia Southern. ER has won seven straight after a Jan. 31 loss at Shelby.
•

Guard Jalen Sanders made an immediate impact last year as a freshman and there’s been no sign of a sophomore slump.
In January, Sanders was offered by Georgia Southern, where former North player Larry Dixon is an assistant coach.
Mitchell says his phenom is not rushing a college decision. Sanders has scored double-digit points in his last six games and had 22 against Shelby.
“He’s pretty excited about the offer, but I don’t think he’s thinking about that right now,” Mitchell said. “He loves the game so much, he just wants to play right now.”
•

Michael Connor is averaging 16.7 points a game this year and is a County Player of the Year candidate.
The lanky senior has come up big in the playoffs. Connor has been no stranger to postseason heroics as he hit the game-winning layup at the buzzer last year against Monroe in the third round.
Against Shelby, Connor was DeVoe’s primary defender. That’s a tough assignment, but Connor stood his ground against the Clemson commit. In the East Lincoln game, Connor scored 13 straight points in the second half as North pulled away.
“He had 39 points but he took about 30 shots to get there,” Mitchell said. “More than just his offensive play, his defense and leadership have come up big. He’s a great kid as well.”
•

Senior Michael Bowman has an outside shot at 1,000-career points. The physically stout guard has 959 entering tonight. North has potentially three more games this year if it makes the state championship.
The winner between North and East plays the Hunter Huss-Smoky Mountain winner Saturday at 4 p.m.
•
Contact Ryan Bisesi at 704-797-4287 or rbisesi@salisburypost.com