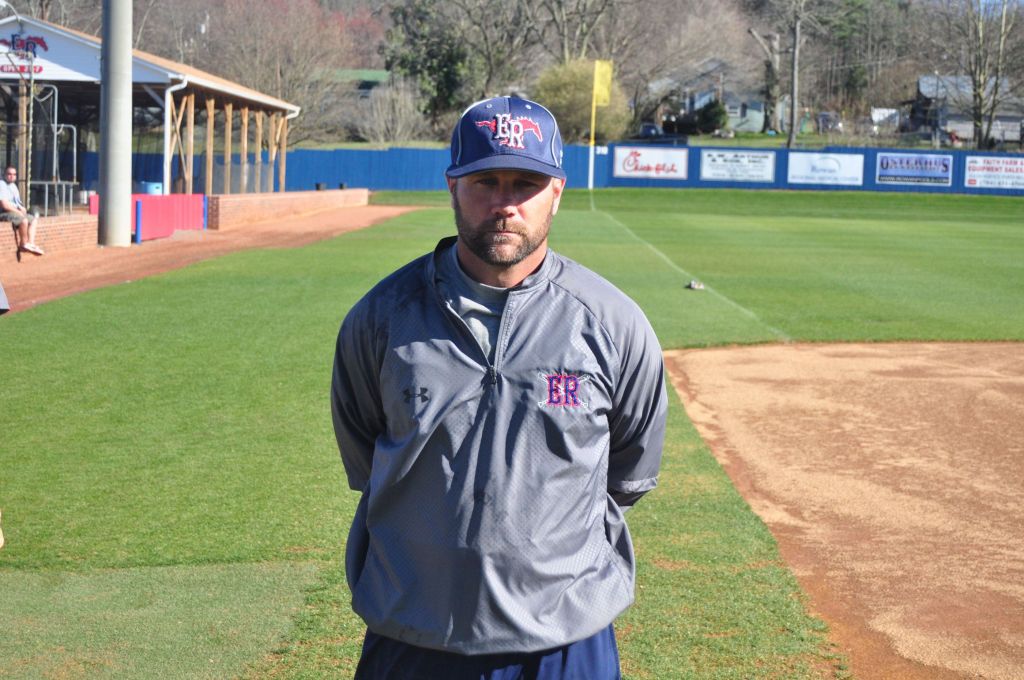 GRANITE QUARRY — A very competitive baseball game at East Rowan’s Staton Field Wednesday night came to a sudden and dramatic end.
For the record, the West Forsyth Titans won the non-conference battle over East, 5-3, in six innings. But the game became secondary when a spectator died from an apparent heart attack at the concession stand near the visitor’s dugout.
When the man collapsed, Athletic trainers and nurses in the crowd immediately began CPR, then Fire and EMS personnel arrived and began employing all possible measures to revive the victim including defibrillation and IV medicines. Fans and members of the teams looked on from a distance in stunned silence.
Treatment on the scene continued for about an hour, long after the game was halted by mutual consent. The victim was not officially identified, yet he was reported to be the father of West Fosyth player Zach French.
Understandably, no one from either team really did not want to talk about baseball.
“At this point what does the score matter,” Mustang head coach Brian Hightower said. “What does it matter who did what. The bottom line is that our prayers are with West Forsyth and the man’s family. You just pray he is going to be okay.”
While the game was in the top of the seventh when play was halted, it became an official six inning contest.
Titan right-hander Michael Bates (2-0) overcame first inning trouble and went the distance. He gave up two runs on three hits and committed a throwing error to start the game. But he settled in to limit the potent East line-up to one more run over the next five frames.
While Bates was throwing 98 pitches for a complete game win, the Mustangs were truly pitching by committee. Junior righty Joseph Peeler was perfect in the first two innings with four strikeouts. Then Alec Hamilton, Harrison Bell, Chase Jarrett and Logan Towne went one frame each.
The Mustangs (2-2) started strong against Bates in the first as Michael Caldwell singled, Ty Beck reached on a bunt single then Dustin Ritchie drove one home. Two stolen bases and a passed ball later, East was up 2-0.
But the Titans (3-1) tied the score in the third on a pair of singles and an error on a pickoff attempt by Hamilton. Bell was tagged with the go ahead run in the fourth on an error, a wild pitch and a single by Nick Adams.
The score was 4-2 when East cut it to one on a perfectly executed hit and run to left by Ritchie. But the Titans added insurance in the sixth on Alex Saphar’s double.
East threatened in the bottom of the sixth but left runners stranded on the corner.
Ritchie led the East effort with three hits while Beck had two hits and two RBIs and Scott Sapp had a pair of singles. Bell (0-2) was charged with the loss for the Mustangs. The five East pitchers limited the Titans to six hits and fanned nine but they were hampered by four wild pitches, a pair of throwing errors and some timely hitting by the visitors.
East will return to South Piedmont conference action on Friday when they travel to Carson.