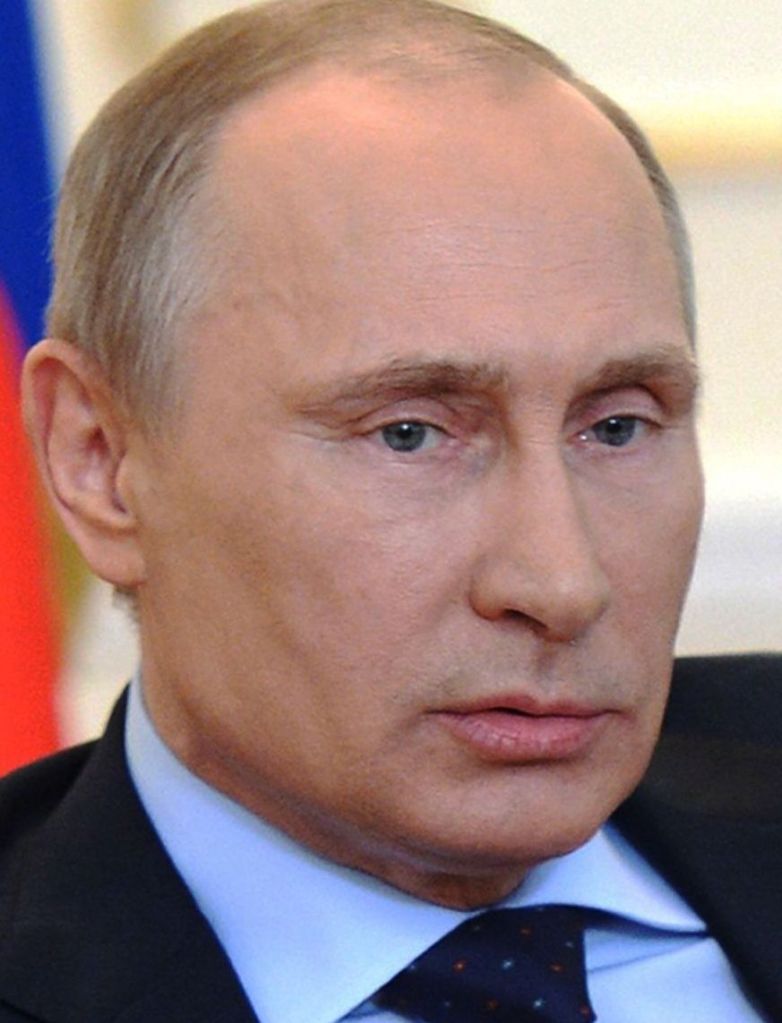 MOSCOW (AP) — Stepping back from the brink of war, Vladimir Putin talked tough but cooled tensions in the Ukraine crisis Tuesday, saying Russia has no intention “to fight the Ukrainian people” but reserves the right to use force.
As the Russian president held court in his personal residence, U.S. Secretary of State John Kerry met with Kiev’s fledgling government and urged Putin to stand down.
“It is not appropriate to invade a country, and at the end of a barrel of a gun dictate what you are trying to achieve,” Kerry said. “That is not 21st-century, G-8, major nation behavior.”
Although nerves remained on edge in the Crimean Peninsula, with Russian troops firing warning shots to ward off Ukrainian soldiers, global markets jumped higher on tentative signals that the Kremlin was not seeking to escalate the conflict. Kerry brought moral support and a $1 billion aid package to a Ukraine fighting to fend off bankruptcy.
Lounging in an arm-chair before Russian tricolor flags, Putin made his first public comments since the Ukrainian president fled a week and a half ago. It was a signature Putin performance, filled with earthy language, macho swagger and sarcastic jibes, accusing the West of promoting an “unconstitutional coup” in Ukraine. At one point he compared the U.S. role to an experiment with “lab rats.”
But the overall message appeared to be one of de-escalation. “It seems to me (Ukraine) is gradually stabilizing,” Putin said. “We have no enemies in Ukraine. Ukraine is a friendly state.”
Still, he tempered those comments by warning that Russia was willing to use “all means at our disposal” to protect ethnic Russians in the country.
Significantly, Russia agreed to a NATO request to hold a special meeting to discuss Ukraine on Wednesday in Brussels, opening up a possible diplomatic channel in a conflict that still holds monumental hazards and uncertainties. At the same time, the U.S. and 14 other nations formed a military observer mission to monitor the tense Crimea region, and the team was headed there in 24 hours.