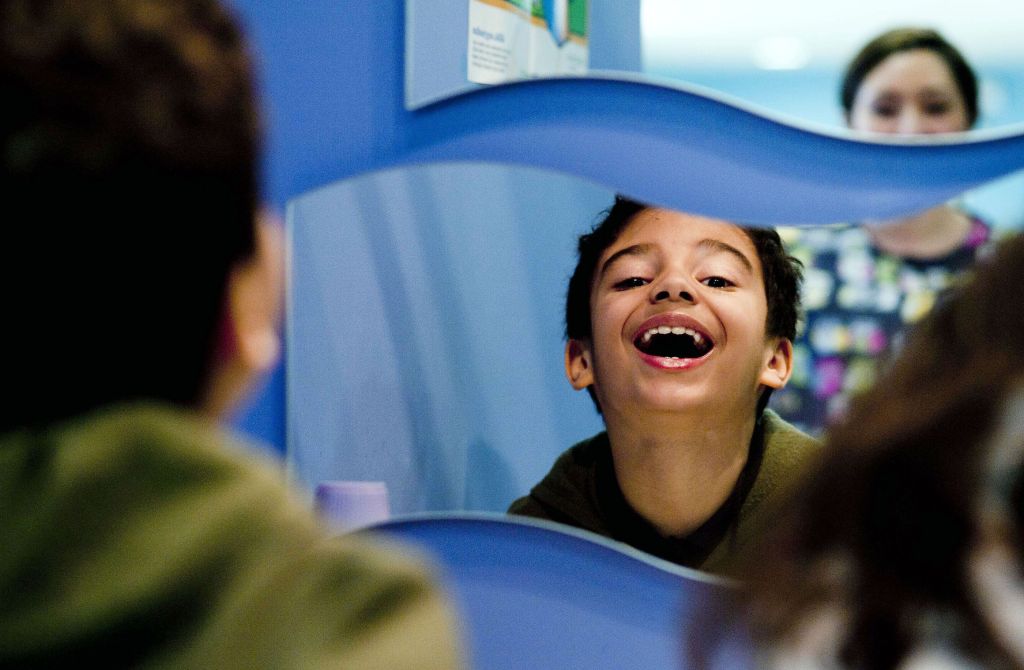 Salisbury Pediatric Dentistry was busier than normal Tuesday morning, as dentists and staff welcomed roughly 40 North Rowan second-graders to their office for dental screenings and sealants.

The process ran smoothly — students were welcomed back to the brightly decorated bay in pairs. Each child took turns watching an exam and having their own teeth examined. Half of them had never been to the dentist before.

“Dentists and staff performed dental screenings to see if they have any major needs,” said Rebekah Taylor, the practice’s vice president of operation.

They also applied sealants to as many teeth on as many students as they could.

Sealants are a plastic resin painted onto tooth enamel to fill in the ridges where food and bacteria often get stuck. They are a preventive and protective measure against cavities primarily applied to permanent molars.

Each child was sent home with a letter sharing observations about the child’s oral health, if any further treatment was needed and which teeth had sealants applied.

“A good dental experience is very important to the health and development of a child,” Thome said, adding that his staff enjoys working with children and that helping kids is a priority.

“I’m so nervous,” said Kilani Toledo before it was her turn to get in the dentist’s chair, but afterward, she said it didn’t hurt at all.

Her buddy, Corey Ellis was excited about the dental work he received..

“I got eight teeth sealed,” he exclaimed.

“It kinda feels like healthy gums stuck to my teeth,” he said, adding that the worst part of the experience was that he couldn’t sing his favorite song when it came on the radio while they were applying his sealants.

Debby Krueger, the public health hygienist who works with the Rowan-Salisbury School System, came to Salisbury Pediatric Dentistry a few weeks ago to ask if it would be possible for them to host a Give Kids a Smile event for one Rowan-Salisbury elementary school.

Taylor said the practice didn’t just agree, but asked to “do as many as we can.”

Krueger prescreened the students and sent out permission forms, while the practice worked with patients to reschedule appointments and create several blocks of free time throughout the month of March to work with four different Rowan-Salisbury elementary schools. Many of the practice’s staff came in early and agreed to work through lunch.

Hanford Dole, Isenberg and Overton Elementary students will be seen later this month. Taylor said she hopes to see up to 80 or 90 students from each school.

Both she and Thome also expressed interest in expanding the program to their Mooresville office in the future.

Give Kids a Smile is an annual program sponsored by the American Dental Association, where dentists provide dental services to underprivileged children throughout the nation. Typically, the program is held on a Friday in March, but extending it to multiple dates throughout March allowed Salisbury Pediatric Dentistry to see more children.

Carrie Hood, a second-grade teacher at North Rowan Elementary School, said 12 out of her 20 students came.

They were excited, she said. “They kept saying, ‘We’re going on a field trip today!’”

Dr. Ashley Ferguson of Novant Health Rowan Pediatrics joined Salisbury Pediatric Dentistry to talk to the children about the importance of oral health. She encouraged students to brush their teeth twice a day and to floss once a day and to go to the dentist on a regular basis, even if they aren’t experiencing any pain.

“It keeps you healthy in our mouth and everywhere else too,” she told the students.

She explained that dental health is linked to overall health as well.

North Rowan Elementary Principal Scotty Adcock said doing something to prevent dental and health problems in students is helpful because those problems affect learning at school.